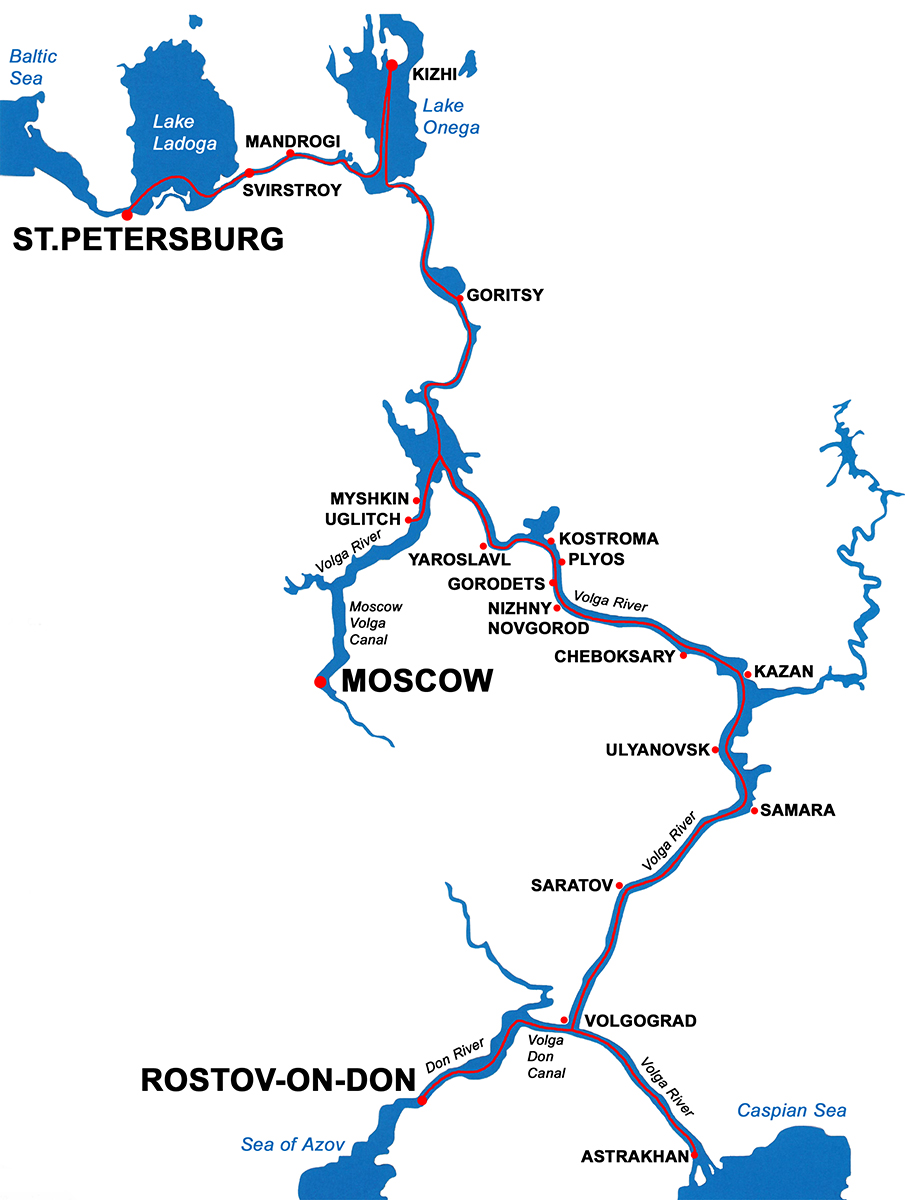 All our cruise ships are fully air conditioned and have outside-facing cabins.

Our Cruise Company shall organize shore excursions (standard and optional) in Moscow, St. Petersburg, and all towns along the cruise itinerary, entertainment program onboard, sale of additional excursions onboard and guarantees the due quality of tours. Other companies (their representatives and tour leaders) have no right to organize shore excursions.
Please be informed that all pre/post cruise services (additional arrival/departure transfers, hotel accommodation, additional excursions, etc.) can be also arranged by us.

Wi-Fi is available on all ships with the following tariffs.