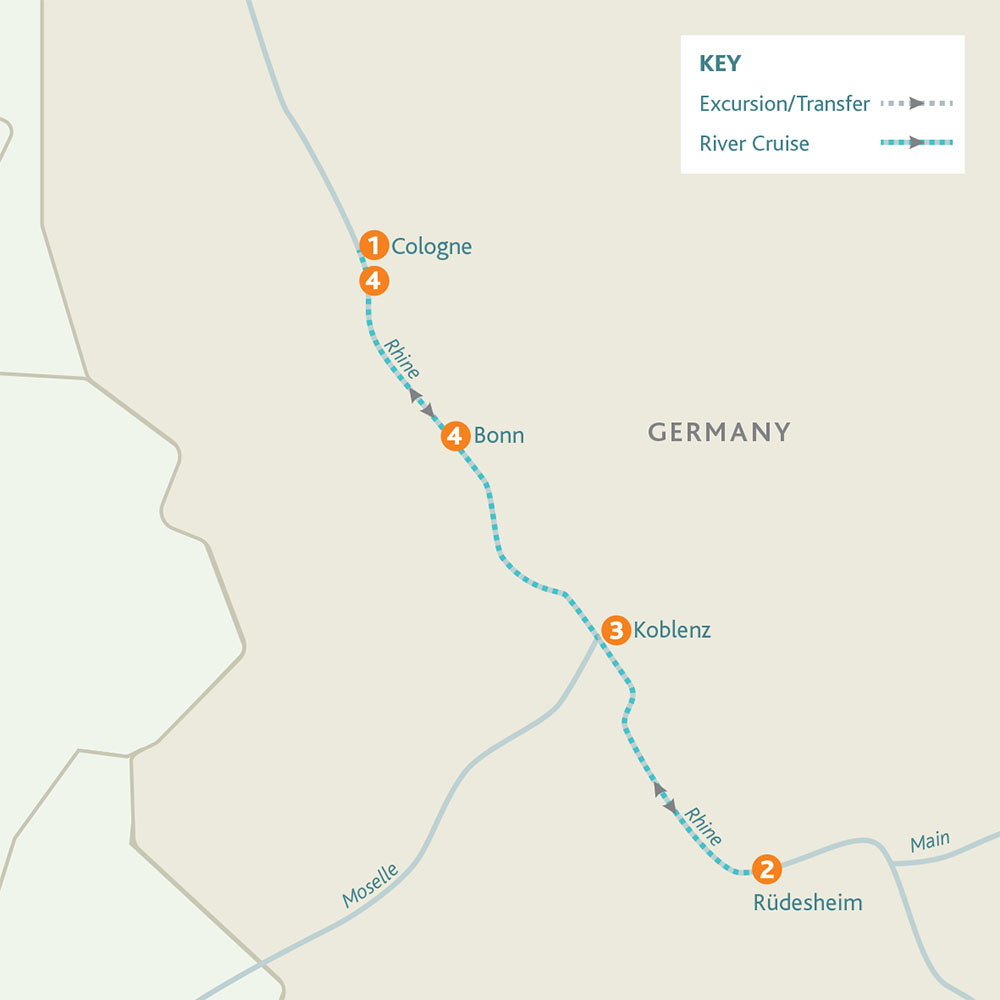 Discover the magical ambience of Germany’s traditional Christmas markets with their host of unique, inspired gift ideas, plus the stunning Rhineland in its wintry splendour.Cruise through the world famous and dramatic Rhine Gorge before arriving in the renowned wine town of Rüdesheim. Spend the afternoon wandering the Christmas markets of this charming spot. Explore Koblenz, dramatically situated at the confluence of the Rhine &amp; Moselle Rivers, on a guided tour with free time to browse its lovely Christmas market. Discover Bonn on a guided tour of Germany’s historic former capital before arriving back in Cologne, where the rest of the day is free to discover one (or all) of its seven Christmas markets.

Prices are per person, based on two people sharing a twin cabin with a limited number of single cabins available on all decks, at the relevant supplement. The price includes:  Full board from dinner on your day of arrival until breakfast on your final day; if you choose to travel with us on any of the full day excursions by coach, a packed lunch will be provided. Anyone choosing to stay on the ship may of course have lunch in the restaurant Morning/afternoon tea and coffee  All visits and excursions as mentioned Coach travel as mentioned The services of a Riviera River Cruises cruise director and concierge