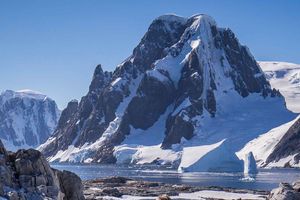 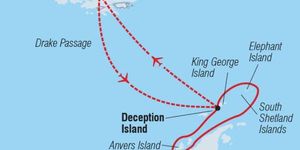 Take the fast track to that vast, frost-bitten wilderness at the South Pole. From Punta Arenas, fly over the infamously choppy waters of the Drake Passage to King George Island, and hop aboard a ship bound for the frozen wonderland. Cruise between towering icebergs floating in iridescent blue seas, and feel the thrill of catching the first glimpses of Antarctica's icy shoreline. Over the next four days, explore this continent blanketed with snow and ice - perhaps learning about the fascinating geology and history of the region from expert guides, spot whales and seals cavorting in the Southern Ocean or make friends with penguins on windswept beaches. No two expeditions are the same, but the magic of Antarctica will infect all those adventurous enough to travel to the end of the earth.

Question: Is the 8 year old age requirement a hard line? We will have a very mature 7 year old. Would he be able to go on trip? Many Thanks, Heather

Unfortunately it is a hard age limit imposed by the tour operator.