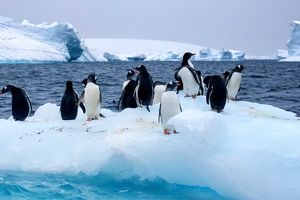 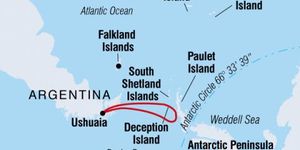 Experience an adventure tour of Antarctica and explore the unique conditions at the end of the Earth. Embark from Ushuaia, travelling through the Drake Passage to the South Shetland Islands to see the incredible landscapes created by the Antarctic climate. See multiple species of playful penguins, the imposing and graceful frames of Antarctica's whales and a frenzy of feeding birdlife. Benefit from the navigational expertise and local knowledge of a professional crew and make the most of this once-in-a-lifetime experience to Antarctica to see the exotic, alien nature of this frozen world for yourself.