Slovenia & Croatia by Land and Sea 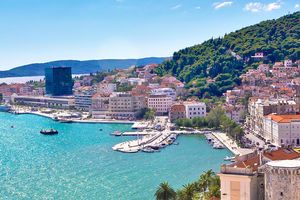 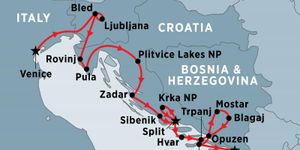 Explore the natural beauty and small-town charm of Slovenia and Croatia on a 15-day land and sea adventure. Beginning in the maze of canals in Venice, admire the waters of Lake Bled and the underground world of the Postojna Caves, ride the cable car up Mt Vogel for sweeping views over Lake Bohinj, and appreciate the pure and fertile Plitvice Lakes National Park. Indulge in epicurean delights like truffles and wine in Istra and the varied seafood along the Dalmatian coast. In Split, embark on an Adventure Cruise to Hvar, Korcula and Opuzen, then board wooden boats and sail up the River Neretva to Bosnia and Herzegovina, stopping in the stunning Mostar. The Adriatic coast is spotted with places to see, so let your mind wander as you discover the many gems along your way.