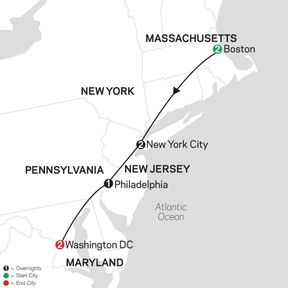 Why pay full price? Call us or click above for a quick quote and save money on Cosmos Tours.

Young travelers ages 8-17 receive a 10% discount on the land only portion of their vacation, plus as always receive our AffordableTours.com extra savings.
Must Book By Thu, Dec 31, 2020
View Promotion Terms & Conditions ›

To receive the Young Traveler discount, the age of the traveler must qualify at start date of the vacation. Does not apply to custom groups. Discount is applicable to any accommodation. Additional restrictions may apply.

Each time you travel on a Globus family of brands vacation (Cosmos, Globus, Avalon or Monograms) from 2019 onward you can earn up to $250 per person ($500 per couple) Welcome Back Credit to use towards your next vacation, plus as always our AffordableTours.com additional savings. There will be some select exceptions to the credit, including Escapes by Globus, Oberammergau, Monograms City Get-a-ways, Private Touring and any heavily discounted programs like Avalon Suite Rewards. Please see the list below for your potential credit amount listed per person.


Combinable with all applicable consumer promotions except those with any Globus family of brands special discount programs of the vacation price.
Must Book By Thu, Dec 31, 2020
View Promotion Terms & Conditions ›

The Welcome Back Credit will be awarded upon completion in 2019 onward of Globus family of brands vacations. Credit amount can only be applied to the land/cruise or cruise only portion of a new Globus family of brands vacation (excluding Escapes by Globus, 2020 Oberammergau, select Cosmos tours, Monograms City Getaways, and Custom/Charter vacations). Credit amount is per person and must be redeemed for a future vacation with a deposit within 2 years from date of credit issue. Bookings can be made by contacting your preferred travel agent. Passenger name or past invoice number is required to redeem the credit. Combinable with all applicable consumer promotions except those with any Globus family of brands special discount programs of the vacation price. Credit is not redeemable for cash, non-refundable deposit, airfare, transfers, travel insurance, prepaid gratuities, pre/post nights, or optional excursions and is non-transferrable. All federal, state and local laws and regulations apply. Valid for all participating Globus family of brands offices. Additional restrictions may apply.

Explore America’s historic cities on this affordable escorted vacation. Begin in Boston with guided sightseeing of the Freedom Trail, including Boston Common, the Old State House, the Old North Church, and more. Take a harbor cruise to see the Bunker Hill Monument and the Boston Tea Party ship. Next, head for the “Big Apple” to enjoy a free afternoon to explore New York City’s sights, perhaps with a harbor cruise or a Broadway show. The following day, join us for guided sightseeing to Times Square, Rockefeller Center, the Financial District, and Chinatown. Travel from NYC to Philadelphia. Enjoy guided sightseeing to see the historic sites in the “City of Brotherly Love,” including the Liberty Bell and Independence Hall where the Declaration of Independence was signed on July 4, 1776. Next, visit Washington, DC with free time and guided sightseeing, including Arlington National Cemetery and the Eternal Flame near the gravesites of President John F. Kennedy, Jacqueline Bouvier Kennedy, and Robert F. Kennedy. Visit the Lincoln and National WWII Memorials, with photo stops at Capitol Hill and the White House. Your budget vacation through the great cities of the U.S. is rich in history everyone should see!

Day 1: BOSTON.
Welcome to Boston, a treasure trove of American history. Your Tour Director is on hand late this afternoon to answer any questions.

Day 2: BOSTON.
Your morning guided tour of Boston highlights the historic sites of the Freedom Trail: Boston Common, the Old State House, Faneuil Hall, and the Old North Church. Next, board a harbor CRUISE to see the Bunker Hill Monument and the Boston Tea Party ship. The rest of the day is free to explore on your own. (B)

Day 3: BOSTON–NEW YORK CITY.
Depart Boston and head south to the “Big Apple.” New York City began its extraordinary history as the Dutch settlement of New Amsterdam. Upon arrival, take an optional cruise of New York Harbor past the magnificent skyscrapers and historical landmarks that make this the most recognizable skyline in the world. The remainder of your day and evening are at leisure. Perhaps take in a Broadway show this evening. (B)

Day 4: NEW YORK CITY.
Today begins with a guided tour of the city’s most famous sights: Times Square, Rockefeller Center, the Financial District, and Chinatown. Afterward, you are free to explore more of New York at your leisure. Perhaps visit the Tenement Museum, and hear the stories of some of the 12 million immigrants who entered the United States between 1892 and 1954. Enjoy a walk along the unique Highline, a park created on a historic elevated New York Central Railroad spur; or go window shopping on fashionable Fifth Avenue. Your Tour Director will be available to help you with additional sightseeing plans as well as give shopping and dining suggestions. (B)

Day 5: NEW YORK CITY–PHILADELPHIA.
This morning, travel to the “City of Brotherly Love,” once the largest English-speaking colonial city in the world after London. Afternoon sightseeing focuses on sites important to the birth of the United States. Visit the LIBERTY BELL and learn how this State House bell was transformed into an extraordinary symbol. Also visit INDEPENDENCE HALL where the Declaration of Independence was signed on July 4, 1776. (B)

Day 6: PHILADELPHIA–WASHINGTON DC.
Depart the “handsome city” of Philadelphia for the U.S. capital founded on July 16, 1790, and the seat of government, Washington DC. Located along the Potomac River on the East Coast, this cosmopolitan city holds an unmatched cache of the country’s history, sites, and artifacts. “DC” (the District of Columbia) was created to establish a central location for the running of the government. Your afternoon is free for independent exploration. The nation’s capital has an endless list of things to do, from museums packed with history to a thriving restaurant scene.

Day 7: WASHINGTON DC.
Begin this morning’s sightseeing with a Local Guide and visit ARLINGTON NATIONAL CEMETERY to see the graves of American heroes, including those of John and Robert Kennedy. Continue on to experience the solemn majesty of the Lincoln and National WWII Memorials, and conclude with photo stops at Capitol Hill and the White House. This evening, join an optional dinner at one of Washington’s favorite restaurants, followed by an illumination tour of the monuments.

Day 8: WASHINGTON DC.
Your vacation ends this morning. You can also extend your vacation with extra nights and explore Washington DC further.

Gratuities for Tour Director and driver are available for pre-purchase.

Question: How do you get from one city to another? Do you fly or go by bus?

Transportation between cities will be by motor coach.

Question: Can someone sign up for a roommate if no traveling companion is available.

Yes- If you request at time of booking with us, Cosmos will automatically room share you with another solo passenger of the same gender, allowing you to split the cost of hotel rooms.

The hotel rooms were in need of remodeling . The Comfort Inn in the Boston area ,worst of all . Very far from town and right next to the commuter railway tracks . Very noisy, and the staff not very competent . Confusion about luggage and placement in the room . The Washington Plaza hotel in DC was the best hotel on the whole tour . Tell Cosmos to use more such hotels . I will most likely not use Cosmos again . The sister companies much better .

I thought that some of the hotels would have had a slightly better facility/position.