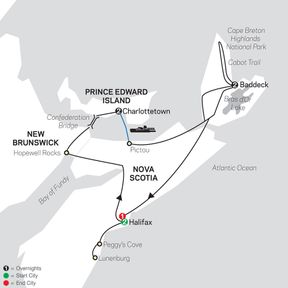 Why pay full price? Call us or click above for a quick quote and save money on Cosmos Tours.

Young travelers ages 8-17 receive a 10% discount on the land only portion of their vacation, plus as always receive our AffordableTours.com extra savings.
Must Book By Thu, Dec 31, 2020
View Promotion Terms & Conditions ›

To receive the Young Traveler discount, the age of the traveler must qualify at start date of the vacation. Does not apply to custom groups. Discount is applicable to any accommodation. Additional restrictions may apply.

Each time you travel on a Globus family of brands vacation (Cosmos, Globus, Avalon or Monograms) from 2019 onward you can earn up to $250 per person ($500 per couple) Welcome Back Credit to use towards your next vacation, plus as always our AffordableTours.com additional savings. There will be some select exceptions to the credit, including Escapes by Globus, Oberammergau, Monograms City Get-a-ways, Private Touring and any heavily discounted programs like Avalon Suite Rewards. Please see the list below for your potential credit amount listed per person.


Combinable with all applicable consumer promotions except those with any Globus family of brands special discount programs of the vacation price.
Must Book By Thu, Dec 31, 2020
View Promotion Terms & Conditions ›

The Welcome Back Credit will be awarded upon completion in 2019 onward of Globus family of brands vacations. Credit amount can only be applied to the land/cruise or cruise only portion of a new Globus family of brands vacation (excluding Escapes by Globus, 2020 Oberammergau, select Cosmos tours, Monograms City Getaways, and Custom/Charter vacations). Credit amount is per person and must be redeemed for a future vacation with a deposit within 2 years from date of credit issue. Bookings can be made by contacting your preferred travel agent. Passenger name or past invoice number is required to redeem the credit. Combinable with all applicable consumer promotions except those with any Globus family of brands special discount programs of the vacation price. Credit is not redeemable for cash, non-refundable deposit, airfare, transfers, travel insurance, prepaid gratuities, pre/post nights, or optional excursions and is non-transferrable. All federal, state and local laws and regulations apply. Valid for all participating Globus family of brands offices. Additional restrictions may apply.

Discover the heart of Canada’s Atlantic seacoast on this wonderful vacation featuring Nova Scotia and Prince Edward Island. This tour begins and ends in Halifax, overnights also in Charlottetown and Baddeck, and includes scenic drives, beautiful national parks, and quaint fishing villages. Highlights of this Atlantic Canada tour include a visit to Peggy’s Cove, a charming fishing village with a picturesque lighthouse (one of the world’s most photographed places), and Lunenburg, a small port town where you’ll visit the Fisheries Museum of the Atlantic, a UNESCO World Heritage Site. Learn about the world’s highest and wildest tides at Hopewell Rocks, where time and tides up to 52 feet have created distinctive sandstone formations topped with trees. More scenic beauty awaits you in Prince Edward Island National Park, famous for its wind-sculpted dunes and sandy, picturesque beaches. On Cape Breton Island, have your camera ready as you embark on the Cabot Trail, one of the world’s most scenic drives, and visit Cape Breton Highlands National Park, resembling the Scottish coastal regions. Enjoy panoramic views of rugged cliffs, deep valleys, forested slopes, the Atlantic Ocean, and the Gulf of St. Lawrence.In addition to stunning scenery, this Atlantic Canada tour also includes visits to an Acadian maple shop to learn about the history and production of pure Nova Scotia maple syrup; the Anne of Green Gables Farmhouse, a National Historic site; and the Alexander Graham Bell Museum. With gorgeous scenery and picturesque villages, this value-minded tour through Atlantic Canada will delight all of your senses!

Day 1: HALIFAX.
Welcome to Canada’s Maritimes region. Your Tour Director is on hand late this afternoon to answer any questions.

Day 2: HALIFAX. EXCURSION TO PEGGY’S COVE & LUNENBURG.
This morning, visit one of the most picturesque spots in all of Canada—beautiful Peggy’s Cove. Its historic lighthouse overlooking the Atlantic Ocean provides one of the most memorable views. Enjoy a visit to the ACADIAN MAPLE shop and learn about the history and production methods of making pure Nova Scotia maple syrup. Afterward, journey to the fishing village of Lunenburg, and visit the FISHERIES MUSEUM OF THE ATLANTIC, a UNESCO World Heritage Site. Free time to explore the quaint Main Street before returning to Halifax. Complete your day with a guided sightseeing tour of Halifax’s charming downtown, the waterfront, and Public Gardens. (B)

Day 3: HALIFAX–HOPEWELL ROCKS–CHARLOTTETOWN.
This morning, travel to HOPEWELL ROCKS and enjoy a guided visit to learn about the highest and wildest tides in the world, which rise and fall up to 52 feet each day. Time and tide have carved from the cliffs and coves distinctive sandstone formations topped with trees. Many of the formations have nicknames inspired by their appearance. Drive across the 8-mile-long Confederation Bridge and onto Prince Edward Island. (B)

Day 4: CHARLOTTETOWN.
Today, you will come to know the rolling landscapes of Prince Edward Island, the backdrop of the acclaimed novel, Anne of Green Gables. A guided tour of the island includes a visit to North Rustico’s celebrated wharf, dotted with fishing boats and lobster traps. Delightful Cavendish, PRINCE EDWARD ISLAND NATIONAL PARK’S picturesque beaches, along with a visit to the ANNE OF GREEN GABLES FARMHOUSE, a National Historic Site. This evening, consider an optional outing and enjoy a lobster supper at a local restaurant. (CB)

Day 5: CHARLOTTETOWN–BADDECK.
This morning, take a ferry from Wood Island to the mainland of Nova Scotia. Journey east along the Sunrise Trail via Antigonish and the Canso Strait to Cape Breton Island and Bras d’Or Lake. Upon arrival in Baddeck, visit the fascinating ALEXANDER GRAHAM BELL MUSEUM. See exhibits tracing the achievements of the great inventor. (CB)

Day 6: BADDECK. EXCURSION TO CAPE BRETON HIGHLANDS NATIONAL PARK.
A highlight today is the Cabot Trail, explored by John Cabot in 1497. You will enter CAPE BRETON HIGHLANDS NATIONAL PARK via one of the most spectacular scenic highways on the continent, with the surrounding landscape strikingly reminiscent of the Scottish Highlands. Enjoy panoramic views of rugged cliffs, deep valleys, forested slopes, the Atlantic Ocean, and the Gulf of St. Lawrence. (CB)

Day 8: HALIFAX.
Your vacation ends this morning. You can extend your vacation with extra nights and explore the Halifax harbor further or board the Ocean train to Montréal. (B)

LUNENBURG
Visit the Fisheries Museum of the Atlantic

Gratuities for Tour Director and driver are available for pre-purchase.

Any applicable Goods and Service Tax (GST) and/or Harmonized Sales Tax (HST) for Canada are additional. Taxes will be calculated and listed at the time of booking, prior to payment being collected.

Suggest an arrival dinner which would promote comraderie amongst the travelers. Stop at Acadian Maple shop was a pleasant surprise; the owner who spoke to us was very knowledgeable and funny--I learned a lot! Tour guide in PEI was fantastic. Anne of Green Gables farmhouse visit was excellent. The day we went to Hopewell Rocks was a long day and lunch wasn't available until around 2 pm; I suggest lunch, which we picked up at a market and at outside at Hopewell Rocks, should have occurred before the tour. Tour guide was very knowledgeable and engaging -- excellent. Two of the hotels did not have dining facilities (except for breakfast); eating options were nearby but it was a walk to them which if people have problems walking especially on gravel or up hills it will be a problem. Itinerary was changed so that we visited the Alexander Graham Bell museum NOT on the last day as posted. This was too long a stop for the information in the museum and the tour guide did not tour us but spoke for about 5 minutes and then we were on our own. Cosmos tour director was fantastic--organized, answered questions, addressed traverlers concerns, highly knowledgeable.

All was wonderful and enjoyable tour; the panorama and tour guide amazing. It will would have been very helpful if we'll have on the bus bottles of water! Also a basic breakfast, which we had on four days of our tour, is helpful.

Our agent was extremely helpful in planning and in follow up. The trip was terrific and we had a wonderful time.