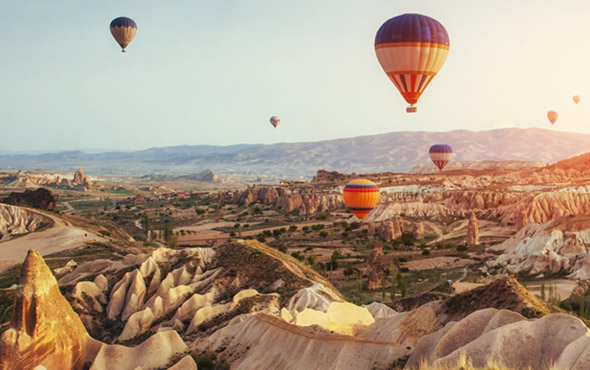 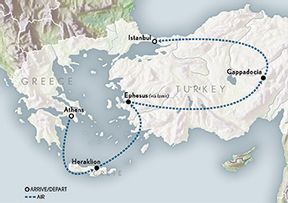 Explore the historic and cultural riches of the ancient world, from the glories of Athens and Istanbul, to the Minoan culture of idyllic Crete and the wonders of Cappadocia, flying by chartered air around this fascinating region, and walking historic paths to experience the local life of yesterday and today, up close. Aircraft: Bombardier Challenger 850 or comparableAircraft and seating configuration subject to change.Flight Details: Athens–Heraklion (50 min) | Heraklion–Izmir (1 hr) | Izmir–Cappadocia (1 hr 15 min) | Cappadocia–Istanbul (1 hr 10 min)