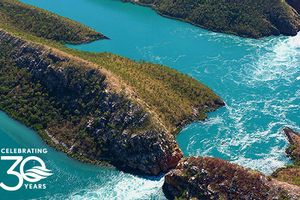 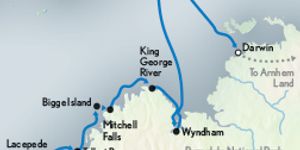 Cruise the Kimberley coast with A&K’saward-winning Expedition Team anduncover one of Australia’s most spectacularlocales. Explore the remote city of Broomebefore setting off on a voyage thatcombines one-of-a-kind wildlife withlush scenery and vital indigenous culture.Fly by helicopter over Mitchell Falls, spotcrocodiles in the Hunter River and viewan astonishing horizontal waterfall on thisthrilling adventure Down Under.