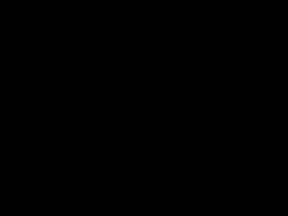 DAY 2, Saturday - Arrive in Athens
Arrive in Athens, the classical capital of Greece; transfer to your hotel. The remainder of the day is at leisure to discover the ancient wonders of this city known as the cradle of Western Civilization and the birthplace of democracy. This evening, enjoy a Welcome Dinner and an orientation meeting with your Tour Manager and fellow travelers
Overnight: Athens
Meals: Dinner

DAY 3, Sunday - Athens City Tour
The exploration of Athens begins with a panoramic drive through the city center. View the Panathenian Stadium and the ruins of the Temple of Zeus and Hadrian's Arch, built to celebrate the arrival of the Roman Emperor Hadrian. Continue on to visit the Acropolis, the ancient architectural masterpiece built during the Golden Age of Athens and the new Acropolis Museum, a striking modern building built at the base of the monument where many of the original statues from the Acropolis are now displayed. The rest of the day is at leisure. Be sure to walk to Constitution Square, where you might catch a glimpse of the colorfully-costumed Evzone guards, outfitted in the traditional Greek style. Tonight, perhaps walk through the lively Plaka area, the oldest section of Athens, a neighborhood of charming restaurants, shops and sidewalk cafes
Overnight: Athens
Meals: Breakfast

DAY 4, Monday - Sightseeing en route to Olympia
Depart Athens via the scenic coastal road to the mighty Corinth Canal, dividing the Peloponnese from mainland Greece. Continue via Nauplion to Mycenae, the heartland of Greek mythology. Visit the Acropolis of Mycenae and the Tomb of Atreus, built around 1250 B.C. From here, drive through the Central Peloponnese Peninsula, whose major cities in classical times were Corinth and Sparta. Continue to Olympia, birthplace of the first Olympic Games
Overnight: Olympia
Meals: Breakfast, Dinner

DAY 5, Tuesday - Tour the Olympia Archaeological Site
Morning visit to the archaeological site of Olympia, including the Sanctuary of Olympian Zeus, and the ancient stadium where the Olympic Games were first held in 776 B.C. Visit a local store, where you will have a chance to taste local olive oil and spices. Continue to Olympia's Archaeological Museum containing significant exhibitions of the ancient world and artwork dating back thousands of years. Then, drive north through the plains of Eliad and Achaia, crossing the Corinth Strait via a cabled bridge from Rion to Antirion. Pass the town of Nafpaktos en route to Delphi, home of the ruins of the Tholos Temple
Overnight: Delphi
Meals: Breakfast, Dinner

DAY 6, Wednesday - Archaeological Tour of Delphi, Travel to Kalambaka
Tour the excavated site of Delphi and the archaeological Museum, perched on the slopes of Mount Parnassos, declared a UNESCO World Heritage Site. Considered one of the most significant places in Greek history, its stunning setting and ancient ruins are truly inspirational. Walk the Sacred Way to the imposing 4th century B.C. Temple of Apollo, site of the most important oracle in the classical world. Then travel over the Pourmaraki Pass towards the small town of Kalambaka, situated amidst smooth sandstone cliffs in the foothills of Meteora
Overnight: Kalambaka
Meals: Breakfast, Dinner

DAY 7, Thursday - Meteora Sightseeing, Return to Athens
Visit Meteora, meaning "suspended in the air", with its mystical Eastern Orthodox monasteries incredibly nestled perilously close to the edge of bizarre rock formations. Admire the exquisite specimens of Byzantine art and the panoramic vistas over the Peneios Valley. Stop at a workshop of Byzantine icons and souvenirs. Browse the store's vast collection of icons, created using old traditional methods. Afterward, a scenic drive takes you along the coast, past Thermopylae. Arrive in Athens in the early evening
Overnight: Athens
Meals: Breakfast

Divani Caravel
This deluxe hotel is located in the heart of Athens, near to the Embassy district.

Amalia Hotel
This first class hotel is located within walking distance of the town and main tourist attractions.

Amalia Hotel
This first class hotel sits in Kalambaka near Meteora, a site famous for its monasteries built around 1100 AD.

Divani Caravel
This deluxe hotel is located in the heart of Athens, near to the Embassy district.

It was a wonderful experience.