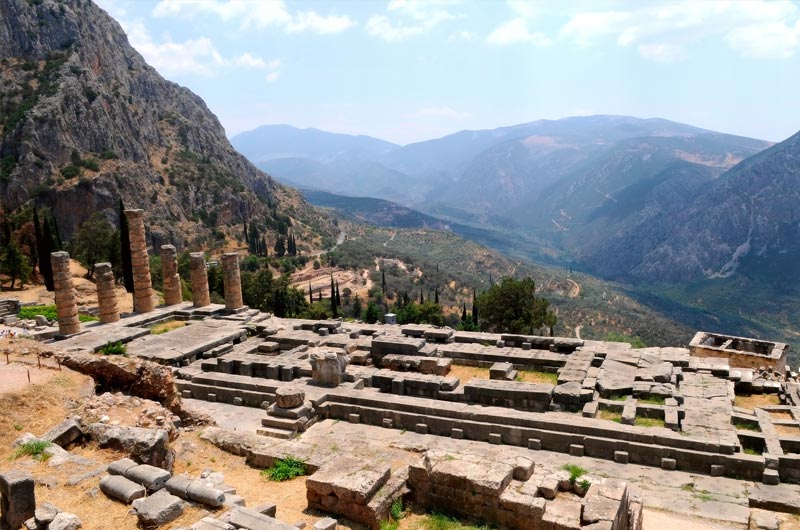 Operator
Gate1
Days
7
From
USD $699
Why Pay Retail? Call us for a quick quote!
Guaranteed Low Prices
Book with Flexibility

Book now to save 15% on select 2021 and 2022 tours. Plus, Gate1's Flexible Booking Policy makes it easier to book with confidence. If you are not comfortable traveling as your departure date approaches, you are able to change your plans before final payment.
Must Book By Sun, Nov 15, 2020
View Promotion Terms & Conditions ›

Offer applies to new bookings only. Must book before November 15, 2020 to receive discounted rate. Blackout dates/packages may apply. Discount is removed from the land price and does not apply to extra packages, air, surcharges or government taxes. Additional restrictions apply.

When you book a trip with us, whether it's halfway around the world or in your own backyard, you can rest assured that you'll benefit from our vast experience in the travel industry, our award-winning service and client satisfaction.

DAY 2, Tuesday - Arrive in Athens
Arrive in Athens, the classical capital of Greece; transfer to your hotel. The remainder of the day is at leisure to discover the ancient wonders of this city known as the cradle of Western Civilization and the birthplace of democracy. This evening, join your Tour Manager and fellow travelers for a Welcome Drink and orientation meeting at approximately 7 PM at your hotel. We recommend that you select flights which arrive in your destination no later than 5 PM on Day 2 of the itinerary or earlier, if possible
Overnight: Athens

DAY 3, Friday - Athens City Tour
This morning is at leisure, or join the optional guided tour of the Acropolis. This architectural masterpiece was built during the Golden Age of Athens and today is designated as a UNESCO World Heritage Site. For passengers who opt not participate in the optional tour, transportation has been included to meet the Tour Manager and the rest of the group at the Acropolis Museum. Visit the museum, built at the base of the famous monument, housing many of the precious original statues from the Acropolis. After lunch on your own, join the Tour Manager for a walk through the lively Plaka area, the oldest section of Athens, a neighborhood of charming restaurants, shops and sidewalk cafes. Continue by bus to Syntagma Square. Upon arrival, you might catch a glimpse of the colorfully-costumed Evzone guards, outfitted in the traditional Greek style. Tonight, consider joining the optional dinner in Athens. Begin the evening with a panoramic drive through illuminated Athens. Continue to the lively Plaka area under the Acropolis and enjoy a 3-course traditional Greek dinner, including wine and live music at a typical Greek taverna
Optional: Acropolis Archaeological Site Walking Tour (AM)
Optional: Dinner in Athens (PM)
Overnight: Athens
Meals: Breakfast

DAY 4, Saturday - Sightseeing en route to Olympia
Depart Athens via the scenic coastal road to the mighty Corinth Canal, dividing the Peloponnese from mainland Greece. Continue via Nauplion to Mycenae, the heartland of Greek mythology. Visit the Acropolis of Mycenae and the Tomb of Atreus, built around 1250 B.C. From here, drive through the Central Peloponnese Peninsula, whose major cities in classical times were Corinth and Sparta. Continue to Olympia, birthplace of the first Olympic Games
Overnight: Olympia
Meals: Breakfast, Dinner

DAY 5, Sunday - Tour the Olympia Archaeological Site
Morning visit to the archaeological site of Olympia, including the Sanctuary of Olympian Zeus, and the ancient stadium where the Olympic Games were first held in 776 B.C. At the Archaeological Museum view astonishing Greek works of art such as the Nike of Paionios and terracotta statues dating back to the 5th century B.C. Visit a local store, where you will have a chance to taste local olive oil and spices. Then, drive north through the plains of Eliad and Achaia, crossing the Corinth Strait via a cabled bridge from Rion to Antirion. Pass the town of Nafpaktos en route to Delphi, home of the ruins of the Tholos Temple
Overnight: Delphi
Meals: Breakfast, Dinner

DAY 6, Monday - Archaeological Tour of Delphi
Tour the excavated site of Delphi and the archaeological Museum, perched on the slopes of Mount Parnassos, declared a UNESCO World Heritage Site. Considered one of the most important places in Greek history, its stunning setting and ancient ruins are truly inspirational. Walk the Sacred Way to the imposing 4th century B.C. Temple of Apollo, site of the most important oracle in the classical world. Afterward, travel south and arrive in Athens in the late afternoon. The rest of the evening is at leisure to further discover Athens on your own. Tonight, attend a Farewell Reception with your Tour Manager and newfound friends
Overnight: Athens
Meals: Breakfast

Not Included:
Optional tours and gratuities.

Athenian Callirhoe Hotel
This first class hotel is located within walking distance of the Acropolis and many major attractions.

Athenian Callirhoe Hotel
This first class hotel is located within walking distance of the Acropolis and many major attractions.