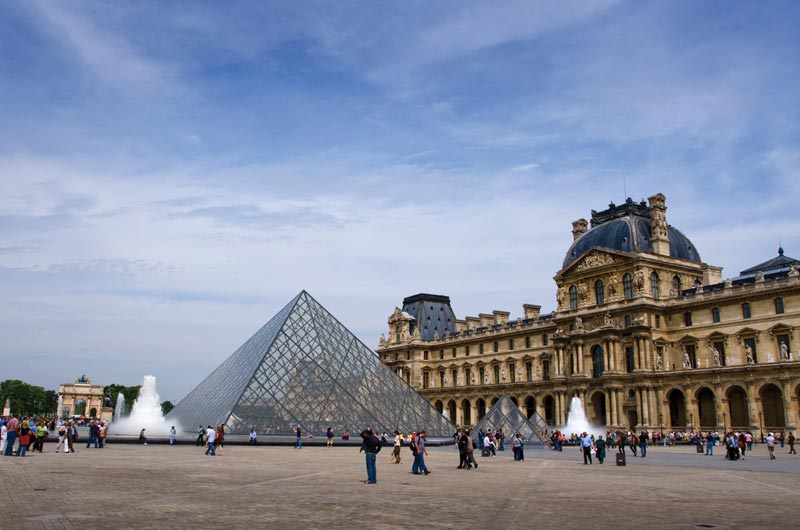 Gate 1 offers the flexibility of paying for your vacation by check. Save 5% off of your remaining balance when the final payment is made by check.
Must Book By Fri, Dec 31, 2021
View Promotion Terms & Conditions ›

As a past customer, when you refer a friend you both benefit. Not only will your friend receive $50 off their first escorted tour or river cruise booking, but when you book your next new tour or cruise you will also receive $50 off.
Must Book By Fri, Dec 31, 2021
View Promotion Terms & Conditions ›

DAY 2, Sunday - Arrive in Amsterdam
Welcome to Amsterdam, Holland's sophisticated and modern capital. Transfer to your hotel and spend the rest of the day at leisure. Most flights arrive in the early morning and your room may not be ready for you. In this case, leave your luggage with the concierge and your Tour Manager will provide suggestions for you to begin to explore the city on your own. Your tour begins with an orientation meeting with your Tour Manager at approximately 5:30 PM followed by a light dinner. We recommend that you select flights which arrive no later than 3:30 PM
Overnight: Amsterdam
Meals: Dinner

DAY 3, Monday - Amsterdam Canal Tour, Visit Volendam
This morning, board a glass-top boat for a delightful cruise of the winding canals for an up-close view of stately historic mansions, 16th-century gabled merchant houses, and charming churches with bell towers. In the afternoon, travel to Volendam, a quaint fishing village on the old Zuiderzee, surrounded by a picture-perfect harbor lined with wooden houses. You'll view a historic windmill and see residents who still wear traditional Dutch clogs, aprons and bonnets and then travel to a local cheese farm and learn about the process. Tonight, perhaps join the optional Amsterdam by Night with dinner
Optional: Amsterdam by Night Tour and Dinner (PM)
Overnight: Amsterdam
Meals: Breakfast

DAY 4, Tuesday - Brussels City Tour, Travel to Bruges
Depart Amsterdam and travel through Holland's open fields, crisscrossed with canals and windmills to Brussels, capital of Belgium. Here, you'll see the Heysel Stadium and the Atomium, a gigantic structure that still remains from the 1958 World Expo. Continue to view the Palace of Justice, Opera House, Royal Palace, Grand Place and the famous Manneken Pis fountain. Next, continue to the city of Bruges, also known as the "Venice of the North," and home to some of Europe's best-preserved medieval buildings. Tonight, dinner is in a local restaurant in Bruges
Overnight: Bruges
Meals: Breakfast, Dinner

DAY 5, Wednesday - Bruges City Tour, Travel to Paris
Morning orientation walk begins at the Lake of Love (Minnewater) and the Beguinage Convent. Continue past the Market Square with its 13th century Belfry, one of Bruges' most famous landmarks. and the Town Hall Square with its Chapel of the Holy Blood. You'll understand why Bruges is called a fairy-tale town and considered one of Europe's most beautiful cities. Then, walk along the picturesque cobbled lanes of the city's medieval district to Our Lady's Church, housing the famous Madonna statue by Michelangelo. Later, depart Bruges and travel to Paris. In the evening, join the optional Illuminated Paris with Dinner.* Discover the "City of Lights" with the Illumination tour and dinner in a typical French bistro
Optional: Illuminated Paris with dinner (PM)
Overnight: Paris
Meals: Breakfast

DAY 6, Thursday - Paris City Tour
Drive along the impressive Champs Elysees to the Arc de Triomphe, Concorde Square, and the stately Eiffel Tower, symbol of Paris. On to the celebrated "Rive Gauche," the vivacious Left Bank, where artists, philosophers and writers in a long-gone era flourished in the artistic community at Montparnasse. View the Latin Quarter, home to many of France's higher education establishments, including the Sorbonne. Spend the rest of the afternoon at leisure or, perhaps, join the optional Palace of Versailles tour. Witness the grandeur of French classical architecture. Visit the Versailles Palace and extravagant State Apartments, including the Reception Halls, the Royal Bedroom, and the Hall of Mirrors. Free time to walk around the palace grounds and formal gardens, designed by Andre le Notre
Optional: Palace of Versailles (PM)
Overnight: Paris
Meals: Breakfast

Not Included:
Optional tours and gratuities.

Accommodation Details:
Triple Rooms at the Mercure Paris Centre Tour Eiffel will be accommodated in a Single Room & Twin Room.

At Gate 1 we take your safety and security very seriously. We have a strong network of tour managers, local offices, ground operators and colleagues which help us stay informed in all the destinations that we operate. We closely monitor local situations which enable us to make the operational decisions necessary to keep our tours running safely. Millions of people travel the world each year and experience enjoyable and safe trips but crimes against people and property are sadly a fact of life. It is very important to be aware of your surroundings and avoid drawing attention to yourself. Please remember that you have the same responsibility for your personal safety and possessions as you do at home. It is essential to prepare for a safe and healthy travel abroad. Therefore before you travel, we strongly recommend that you visit the website of the US Department of State at https://travel.state.gov/content/travel.html for up-to-date travel advice on the countries that you are visiting. The website provides useful information on subjects such as safety and security information, health precautions and medications, health insurance and additional tips for traveling abroad. If you do not reside in the United States, we recommend you check your government's travel advisory website for any country you will be visiting. We recommend that you review the safety guidance that may be provided by us, our agents or suppliers, either before you go or when you arrive in your destination. You can also find helpful tips on our website in the "Trip Preparation" tab of each of our tour packages. We do know that in-spite of careful planning, things can sometimes still go wrong, so rest assured, we will be there to help and support you.

Leonardo Boutique Museumhotel Amsterdam City Center
This tourist class hotel is well located in the heart of the city overlooking the Stadhouderskade and next to the Rijksmuseum.

Mercure Paris Centre Tour Eiffel
This first class hotel is situated in the center of Paris, close to the Eiffel Tower.

is an excellent trip. simply love it. Gate1 offered excellent value for the trip, except in Amsterdam Best Western Apollo Museumhotel was small, but hotel will be accommodate the bigger room. location is fantastic.