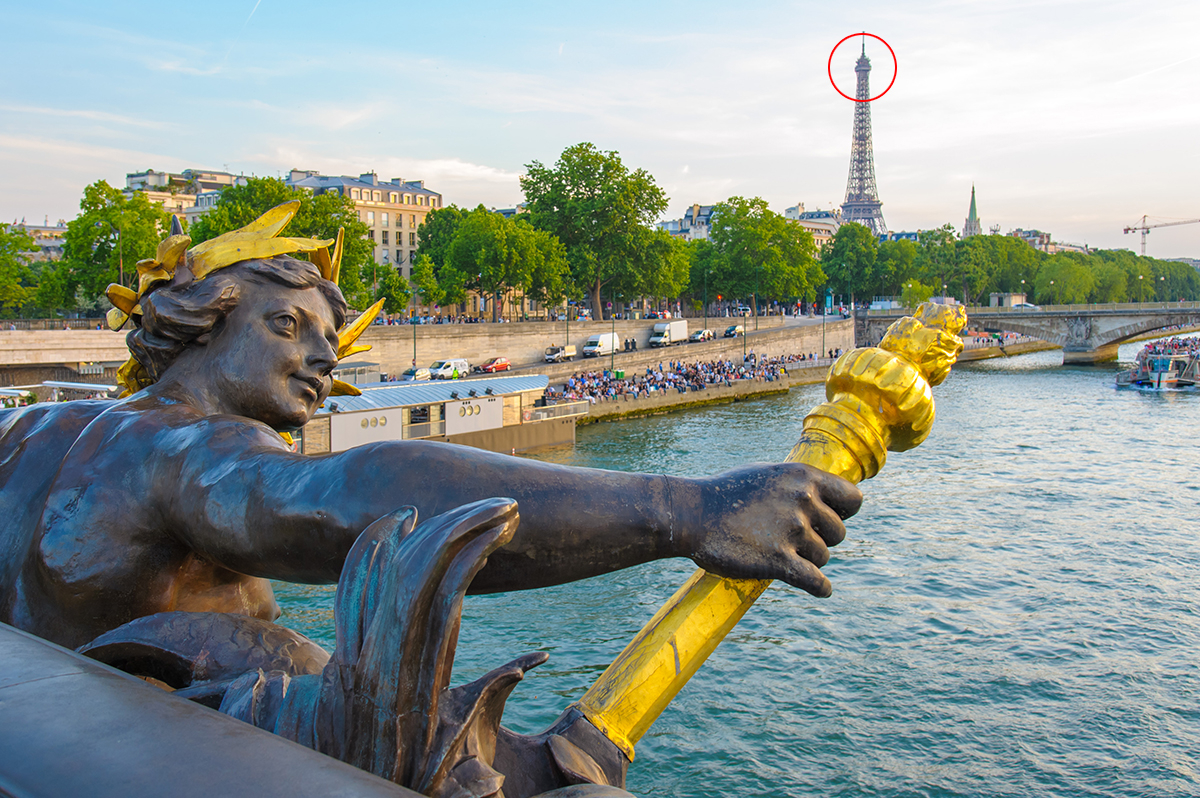 The Eiffel Tower was built by Gustave Eiffel for the 1889 Exposition Universelle, which was to celebrate the 100th year anniversary of the French Revolution.

Only intended to last 20 years, the Eiffel Tower was almost torn down and scrapped in 1909. City officials opted to save it after recognizing its value as a radiotelegraph station. Several years later, during World War I, the Eiffel Tower intercepted enemy radio communications, relayed zeppelin alerts and was used to dispatch emergency troop reinforcements.

As France’s symbol in the world, and the showcase of Paris, today it welcomes almost 7 million visitors a year (around 75% of whom are foreigners), making it the most visited paid monument in the world.

Enjoy this challenge? Keep an eye out each week for our Weekend Travel Digest email. Stay up to date on the latest deals, destination reviews and travel puzzles!