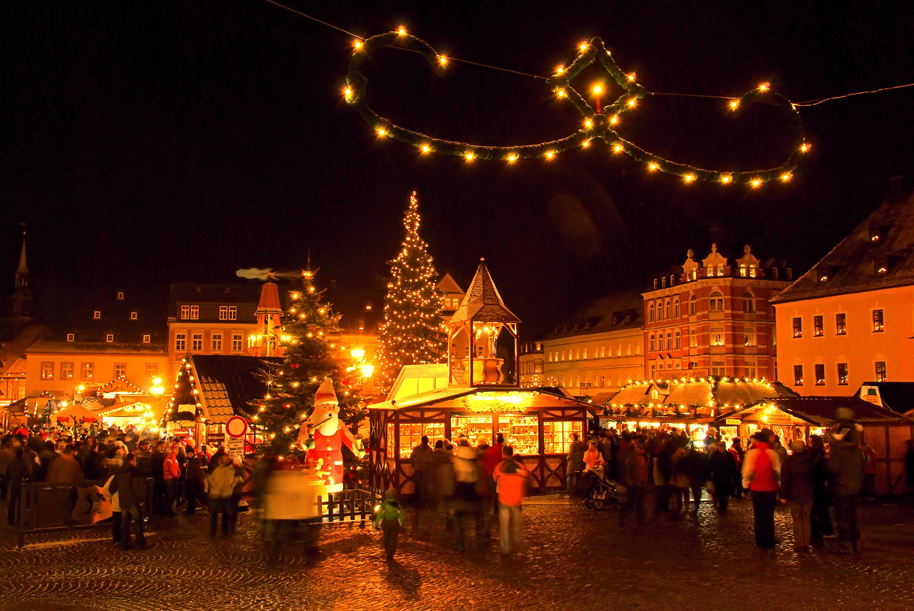 Throughout Europe (especially Germany and Eastern Europe), in a historic tradition dating back hundreds of years, many towns and villages open their “Christmas Market” for the holiday season. Buildings light up with Christmas decorations, vendors sell hand-made, traditional toys and other Christmas mementos, and the town square is turned into an open-air celebration of Christmas. (You can watch this short video to get an idea of what to expect at a European Christmas Market.)

The Christmas Markets in Europe are rich with tradition and history, each one a unique reflection of local culture. If you have an interest in a unique Christmas vacation you’ll remember for a lifetime, consider a European Christmas Market tour with Viking River Cruises.

Let’s pick a few major cities and take a closer look at what makes some of the more notable destinations on the European Christmas Market river cruise so special. 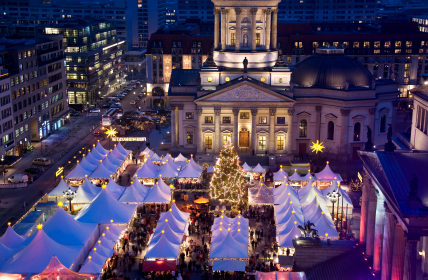 Berlin is particularly notable for having over 60 Christmas markets spread out in various areas throughout the city. Visit any of these markets with a glass of glühwein (mulled wine) in hand, and let the Christmas spirit flow through you.

Among the most notable are the Gendarmenmarkt, known for having some of the most gorgeous decorations and being one of the best places to buy crafts, and the market at Kaiser-Wilhelm-Gedächtniskirche, which is one of Germany’s most popular Christmas markets, attracting over two million tourists each year to the grand cathedral built by Kaiser Wilhelm II in the 1890s. 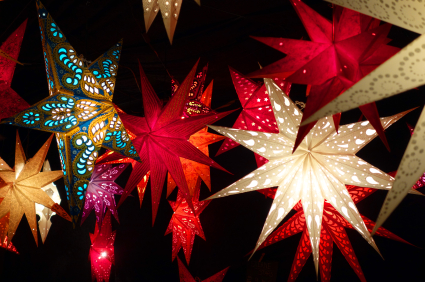 The Spandau Christmas Market, in an old town on the outskirts of Berlin, may be the country’s largest, with over 400 booths slated for the 2013 market. In addition to those booths, the market also has merry-go-rounds and other rides, and the Christmas tree is one cut from Germany’s famous Black Forest. 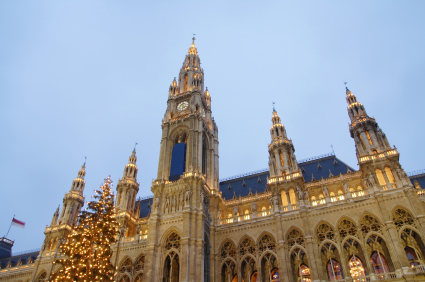 The capital of Austria also has its share of Christmas markets, each with unique features. The most market at St. Charles’ Church (the Karlskirche) features stained glassware and glass-blowing instruction among its many crafts booths and workshops.  If you want tradition, the Christmas market held in front of City Hall dates back all the way to 1298. In addition to the many shops and workshops, the City Hall has a workshop for children to learn how to bake cookies and perform other simple crafts. The Weinachsmarkt in front of Schönbrunn Palace is known for its daily concerts and gorgeous scenery. 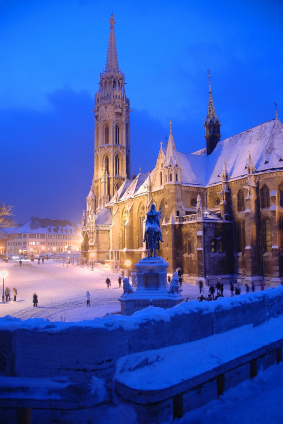 The capital of Hungary has a famous Christmas market located at Vörösmarty Square. Anyone interested in viewing or learning more about Hungarian folk culture should visit, as the Association of Hungarian Folk Artists presents homemade crafts and folk dancing, among other things. During Advent, the market holds a daily celebration at 5 P.M. to open the Advent calendar, with lights and music. If you have children, you might consider taking them to the puppet shows on weekend mornings. Don’t miss the cuisine, either, featuring both Christmastime favorites and traditional Hungarian dishes.

Many cities and communities around Europe have their own Christmas markets, but it’s the geography of Eastern Europe that makes Viking’s travel packages unique. With a Viking River Cruises package, you can actually take the rivers throughout the continent from city to city. Viking River Cruises offers you a chance to not only see one of the most glorious and classic traditions of old Europe, but also the chance to enjoy a cruise experience as well. The European Christmas Market season starts in November, so book your river cruise today!