Skip to content
We are committed to: Award-winning Service, Lowest Prices, Client Satisfaction
1 May 2018February 20, 2020Jen

Travelers go on river cruises because it allows them to visit big cities and popular towns. However, itâ€™s really the small towns and villages you have never heard of that make river cruises in Europe the experience of a lifetime. The Rhine and Moselle river cruise by Avalon Waterways highlights these small towns perfectly. 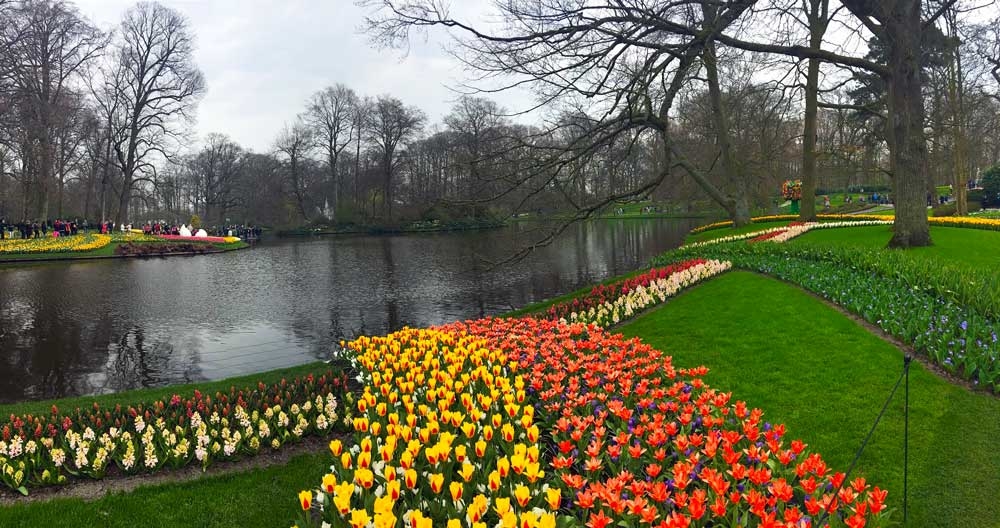 I arrived a day before our Rhine and Moselle river cruise by Avalon Waterways started and it turned out to be a very good thing. Not only was I able to get over my jet lag in time for the river cruise, but I was also able to visit Keukenhof. This is a world famous Tulip Garden Exhibit that is only open for about six weeks from the end of March to mid-May. If you ever get the chance to go to Keukenhof, I highly suggest it.

Because this was Avalonâ€™s first sailing of the season, we were able to go to our staterooms right away. This allowed my companions and I to go straight back into town and help contribute to the local economy. 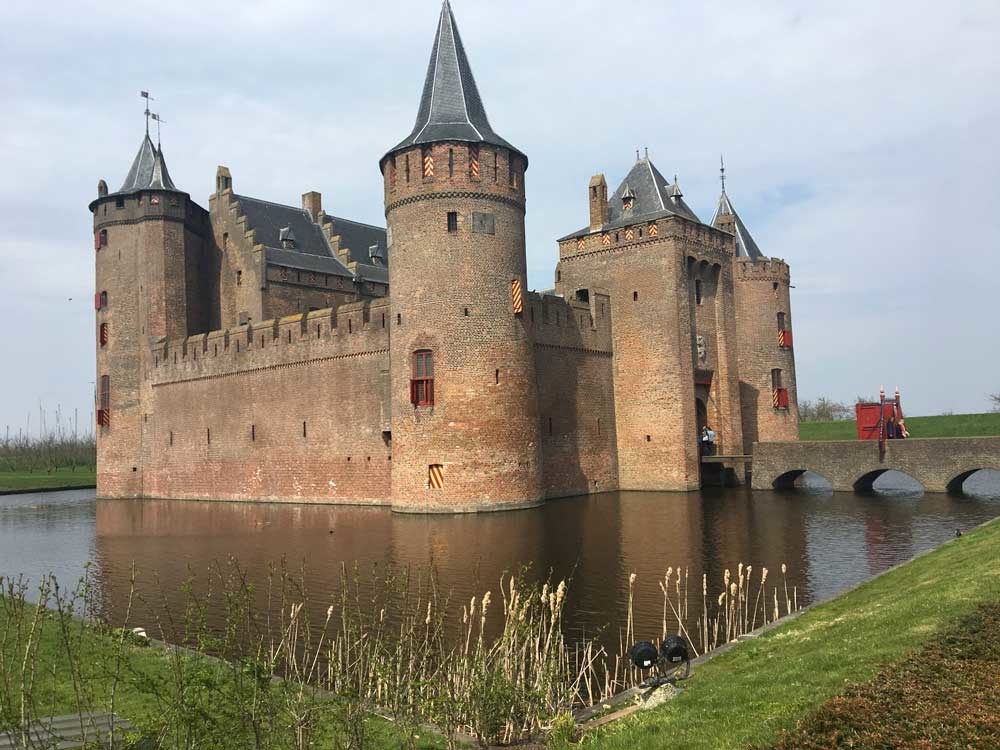 The second day of the river cruise, we elected to do the optional excursion to Muiderslot Amsterdam Castle, this really cool 14th century castle that gives you a taste of what it was like to live in the Netherlands in the 16th century. If you were wealthy or if you were a poet, you got to live in a castle rent free…Must be nice to live in a castle for free! 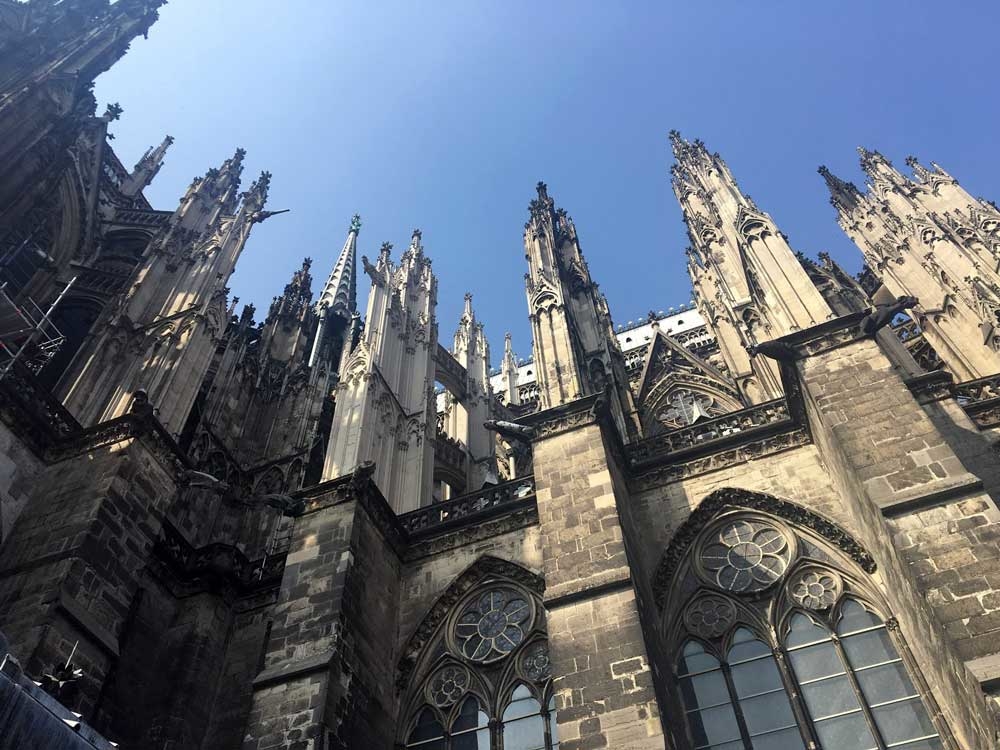 On day three we arrived in Cologne, Germany and did a walking tour of the city where our local guide took us to the cathedral and the locked bridge. 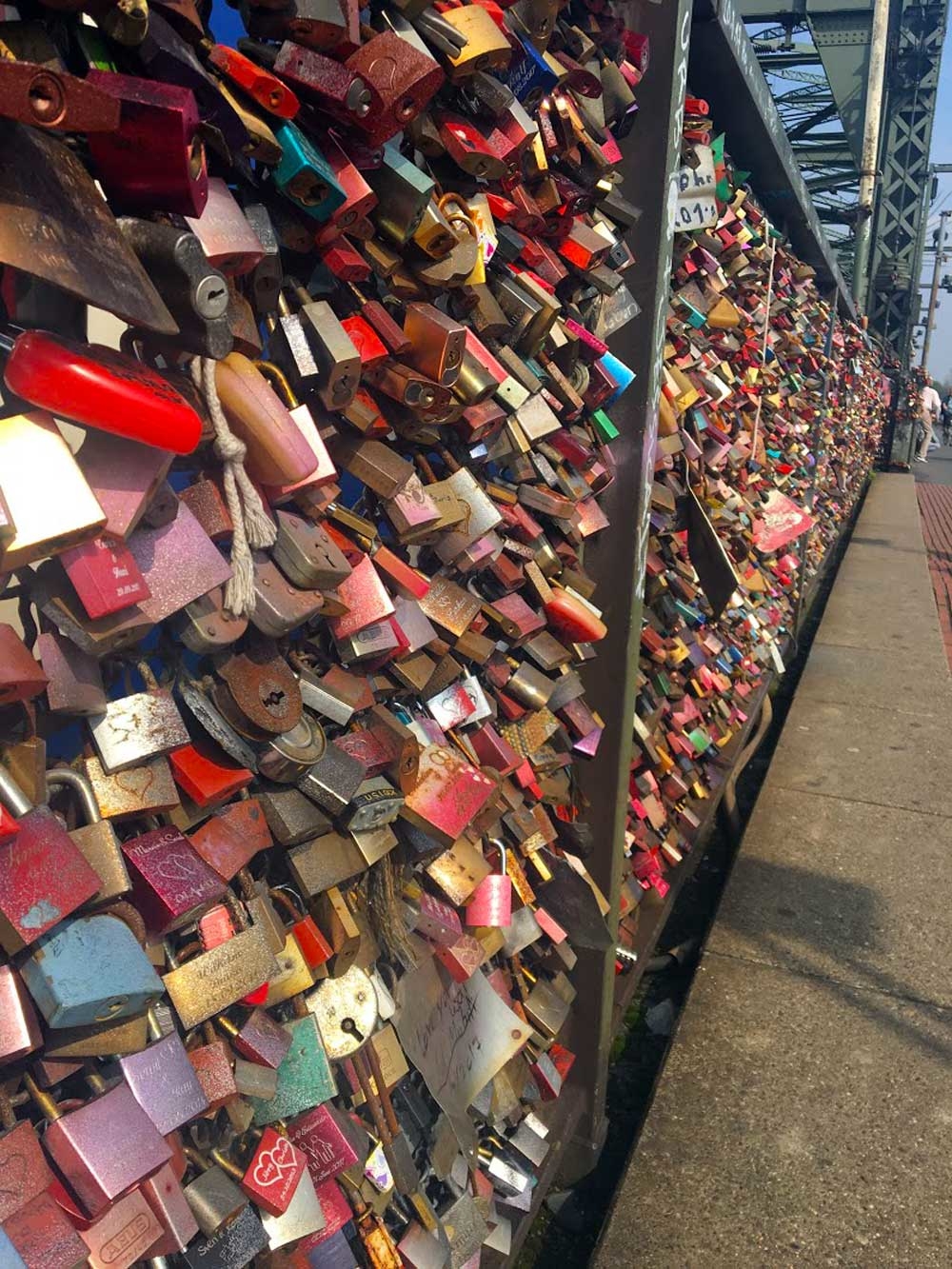 Fun fact that will make accountants cringe about the Cologne Cathedral, it costs 30,000 Euros a day to maintain. 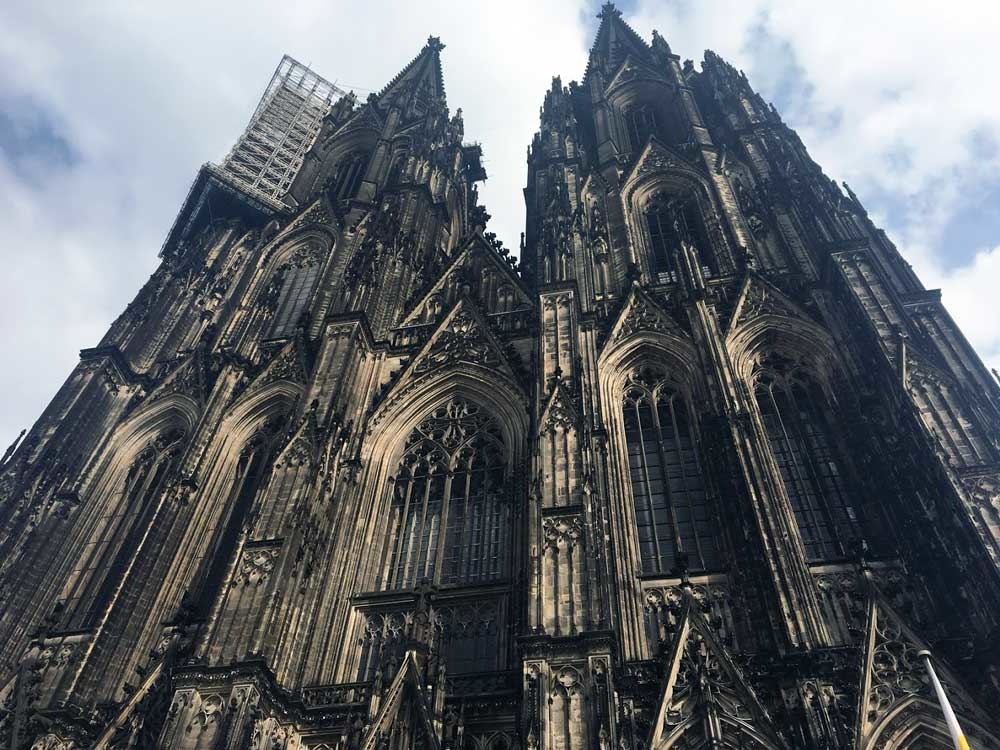 The next day was spent in Koblenz. We decided to skip the guided tour and went off to the Castle Koblenz. 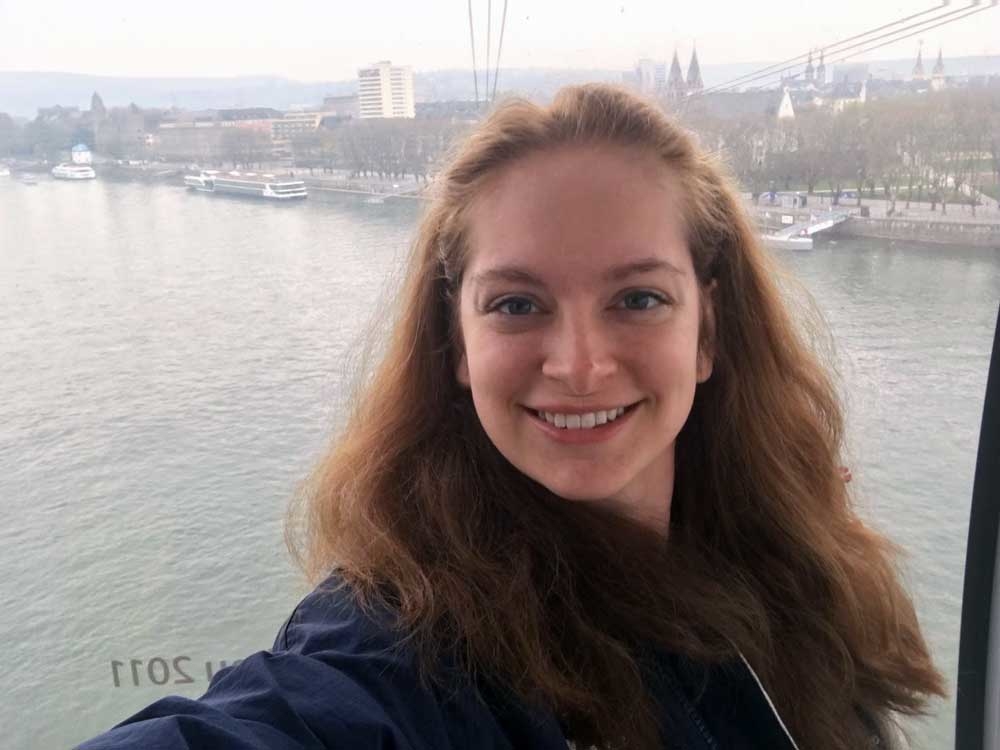 You had to take a trolley over the Rhine River to get to the castle, and the view from the car is just stunning. The castle had so many interesting things and itâ€™s easy to get lost in yourself and the castle. 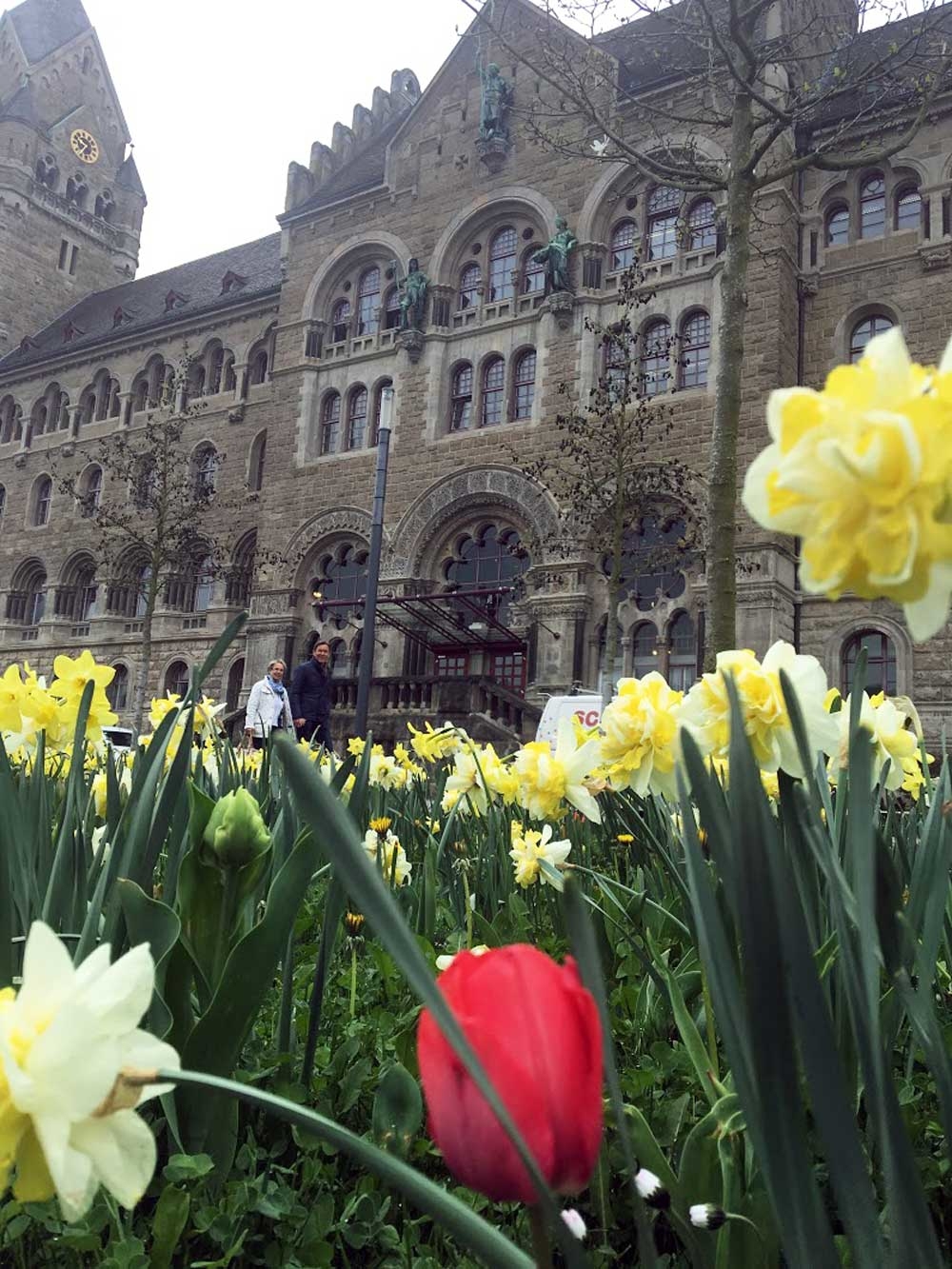 On day five we spent the entire day in Bernkastel-Kues, and was by far one of my favorite days of the cruise!

Located in the heart of the famous Moselle wine valley, this truly is a place you need to go to. Since it was, for the most part, spared during the Second World War, it looks likes what Iâ€™ve always imagined a traditional German town to look like. 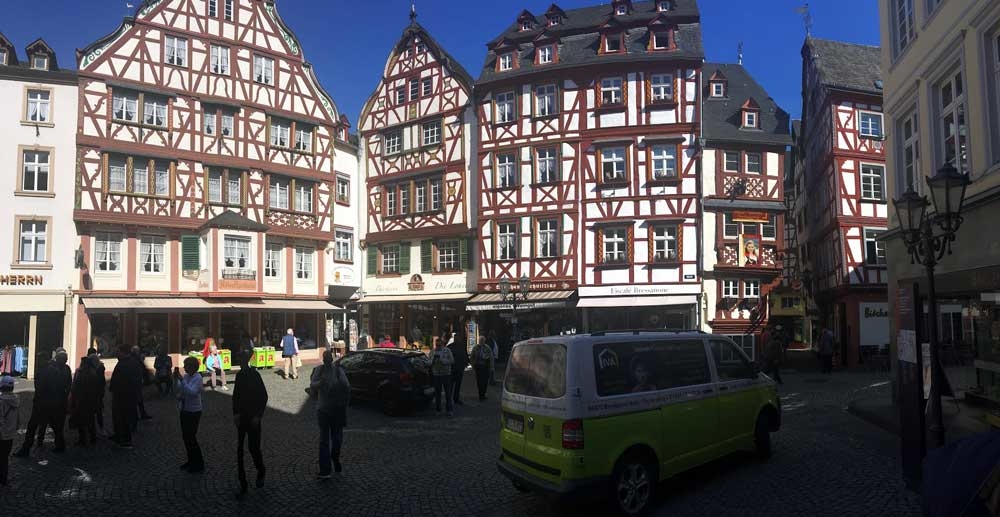 After our guided tour in the morning we went to a wine cellar that allowed you to drink as much wine as you would like before buying! 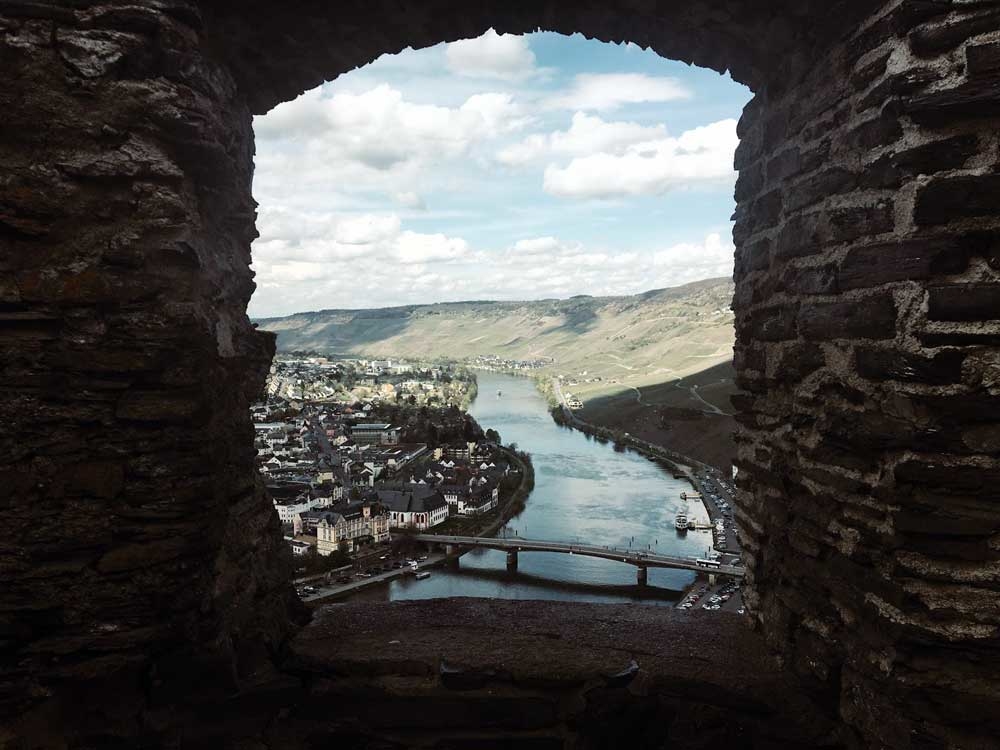 That afternoon, we went all the way up to a roman castle that the French burned down back in the 13th century that is slowly being restored. The views of the city from the top are just spectacular and were totally worth the ten flights of stairs up! 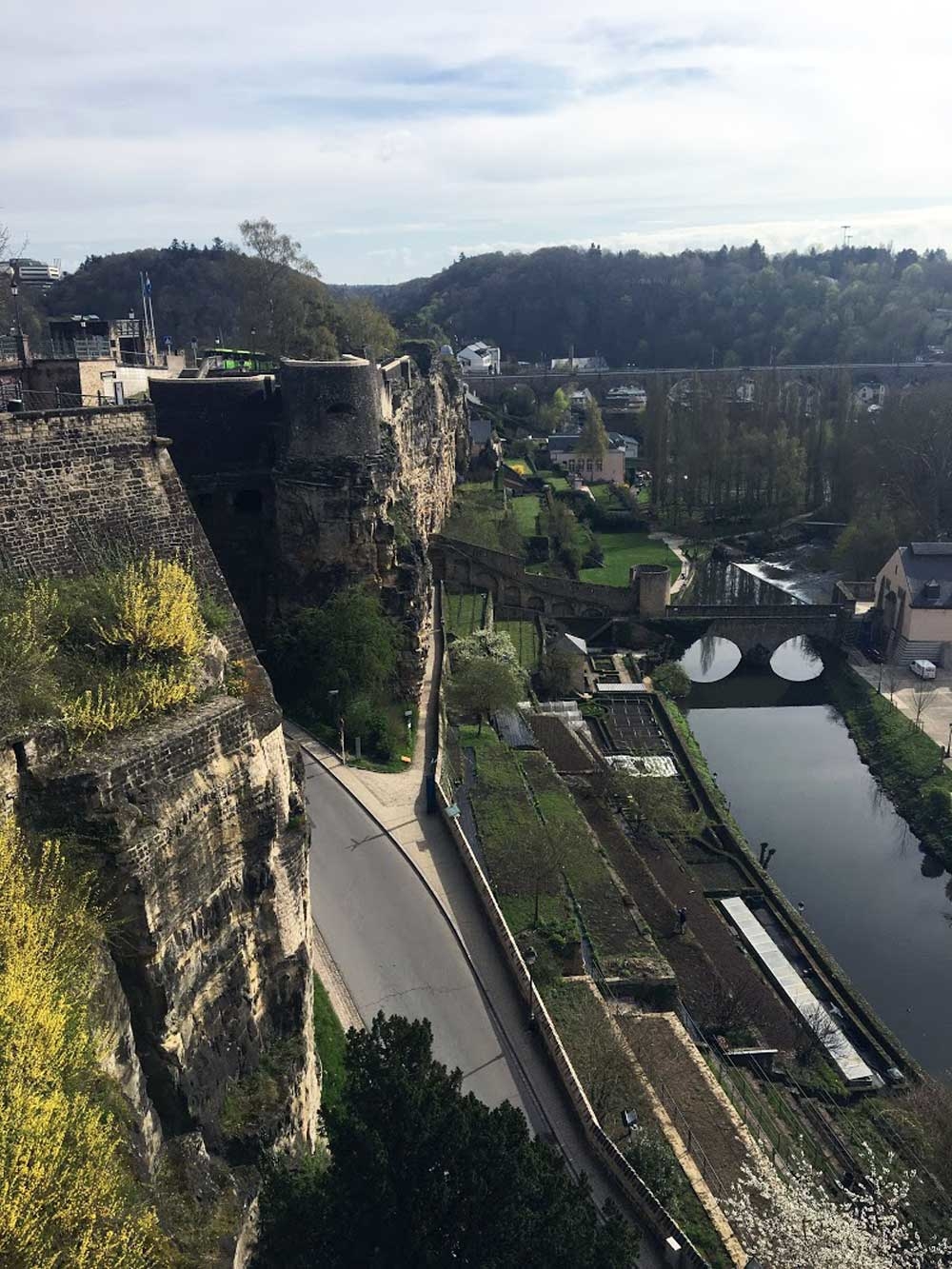 The following day we spent the morning in beautiful Luxembourg City and the afternoon in Trier, which is so rich in history it makes your bones ache. In the morning our wonderful tour guide took us all around the Luxembourg City and took us into the church. She told us that the following day was the first day of pilgrimage to the Virgin St. Mary and it would be going on for the next two week. She also told us how it came about that the Virgin Mary had to share the church with everyoneâ€™s favorite saint growing up, Saint Nikolas. She also explained how the Grand Duchess Charlotte went to the United States and Canada and talked to President Roosevelt. Which, at least the Luxemburgs like to think, helped in our president’s decision to enter into WWII.

After lunch we had the option of doing a city tour of Trier or doing a tour to Trier Roman Ruins. Yes, you read correctly, Roman! Trier, in Germany, has some of the best preserved Roman ruins in the world! We went to a bathhouse that took the Romans 400 years to build and was never used! Apparently the year the public bathhouse was finished, the emperor died and the next emperor didn’t like bathhouses. So he turned it into a dormitory for the soldiers. Our local guide also showed us the old Roman throne room that was turned into a church. The acoustics were amazing! The church has a seven second echo. Can you imagine how awesome concerts would be in that church? 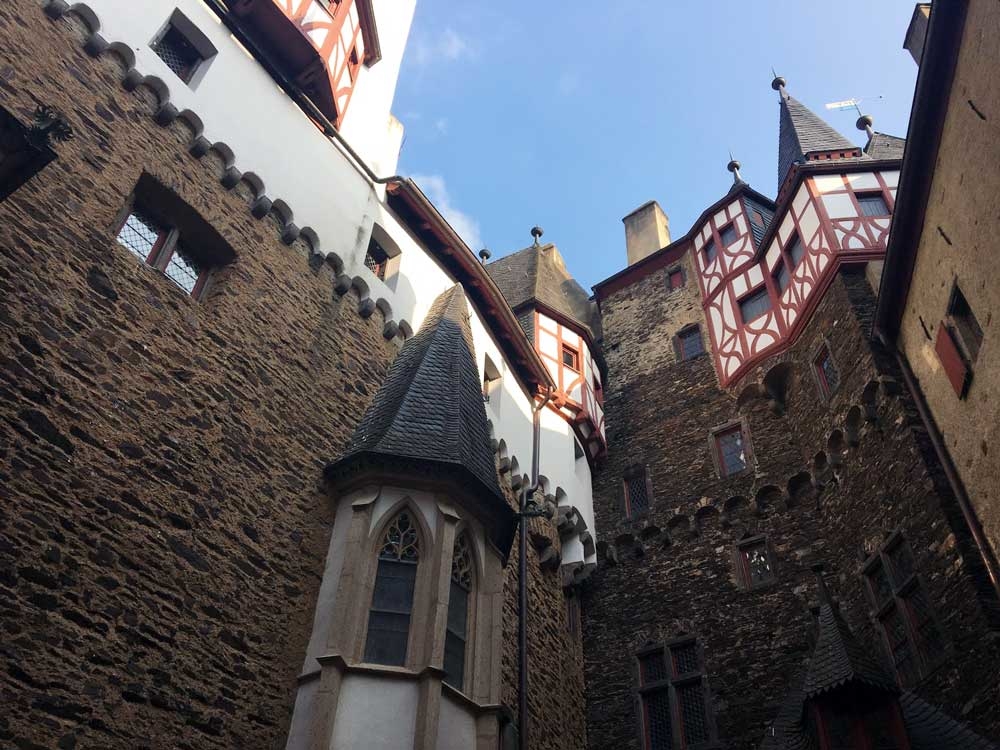 We visited the Eltz Castle the following day, which is the castle that the Neuschwanstein Castle was modeled after! 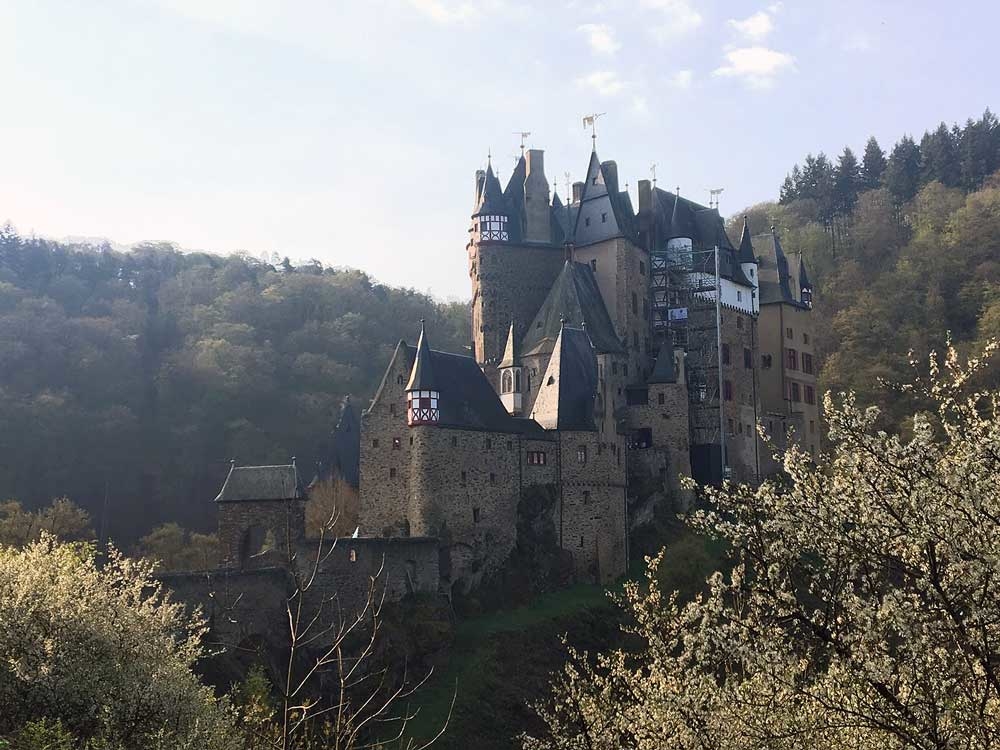 Built in the 12th century, it is one of only two castle from Germanyâ€™s medieval past that is 100% original. No photographs of inside the castle are allowed, so youâ€™ll just have to take go see it for yourself. Itâ€™s definitely a place worth going. 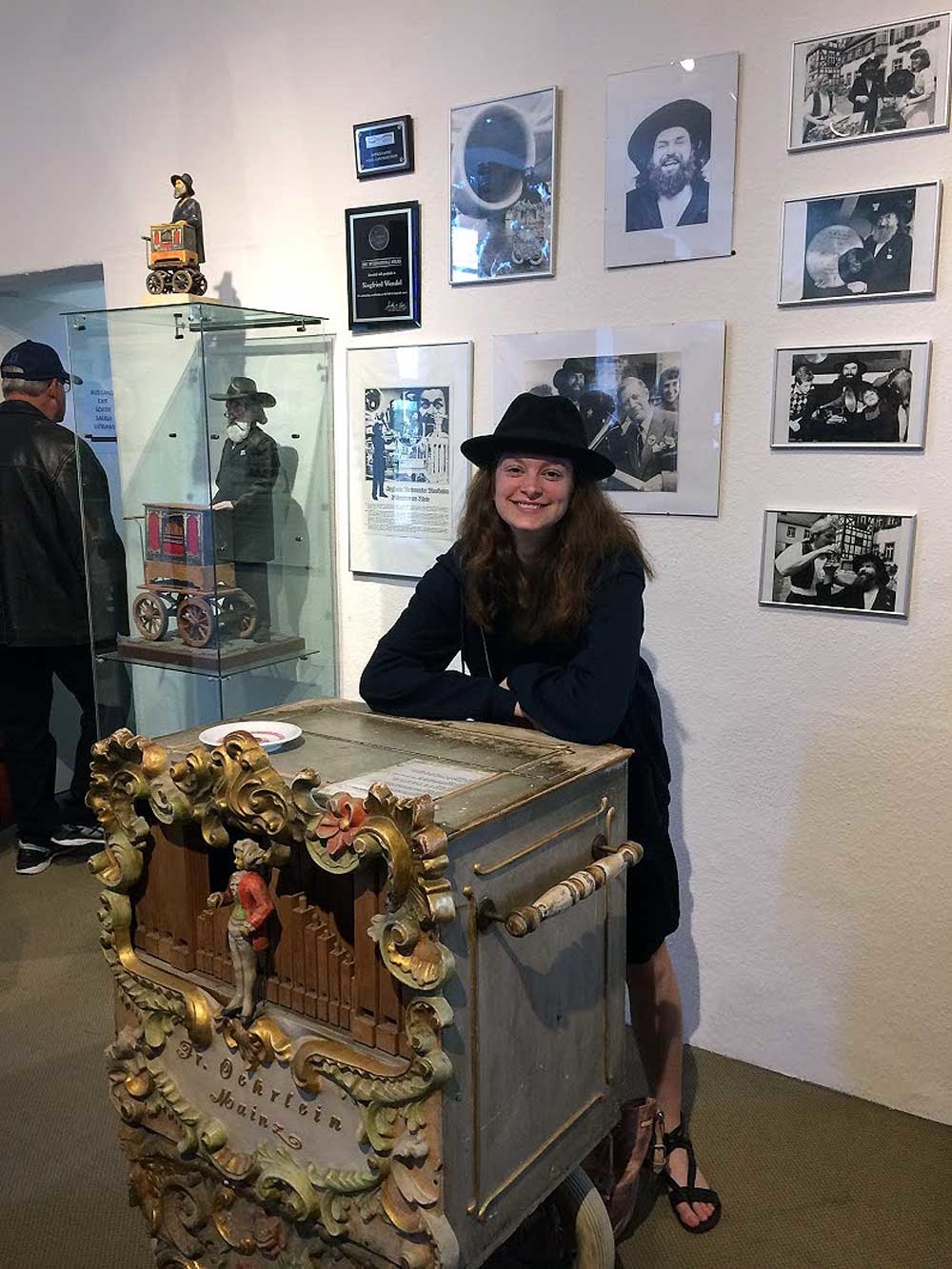 On day nine we went to Siegfriedâ€™s Mechanical Musical Instrument Museum aka a music box museum. The little old lady inside of me could not be happier! They had everything from phonographs, to music boxes in the shape of old pistols, to a piano that could play itself. Itâ€™s truly amazing that not only did these pieces of artwork still work, but that someone was ever smart enough to think of them! 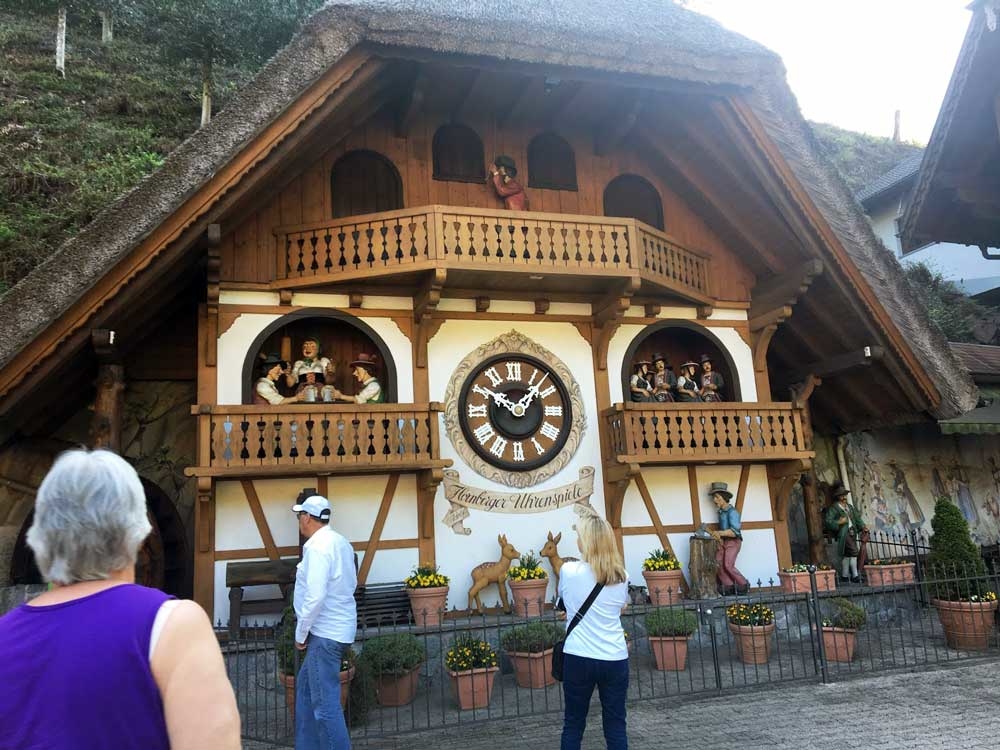 Afterwards we had some free time and decided to go up to the city via gondola up to the Niederwalddenkmal monument that overlooks the city.

Day 10 we drove to the University town of Heidelberg! There was nothing I didnâ€™t enjoy about this town. My favorite part about Heidelberg was learning about the pretzel carved into the church in the center of town. In the Middle Ages, if the baker sold you a pretzel smaller than the carving it was considered fraud. As punishment the baker would be dunked a few times in the river. Please remember the river was not as clean as it is now so that was more of a punishment than you would think.

Also fun fact! The Queen of Sweden, Silvia, was born and raised in Heidelberg. So every now and then she makes a few unannounced visits back home, and will even bring her husband the King of Sweden with her. 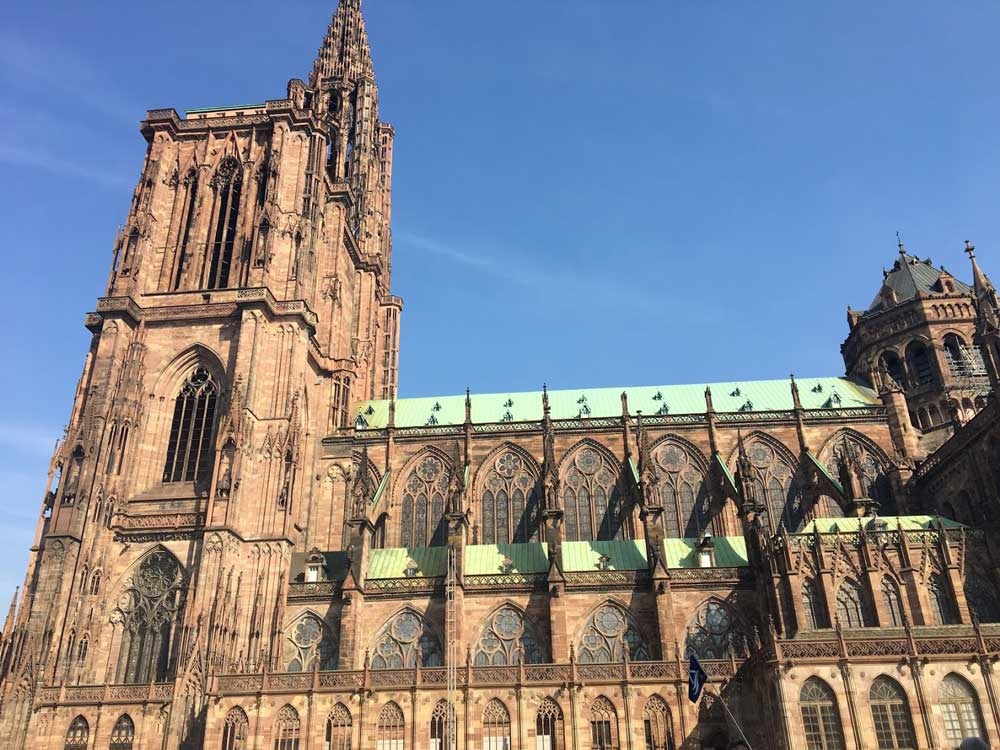 In Strasbourg, we did a canal cruise around the city, where we learned about the fascinating history of the city. Like how itâ€™s flipped from being German and French four times in the past 400 years! After the canal cruise, we went into the Strasbourg Cathedral, which was the tallest building in the world for 227 years, and is still the tallest medieval building in the world. The cathedral also is the home of Strasbourg Astronomical clock that chimes on the sun hour not standard time. 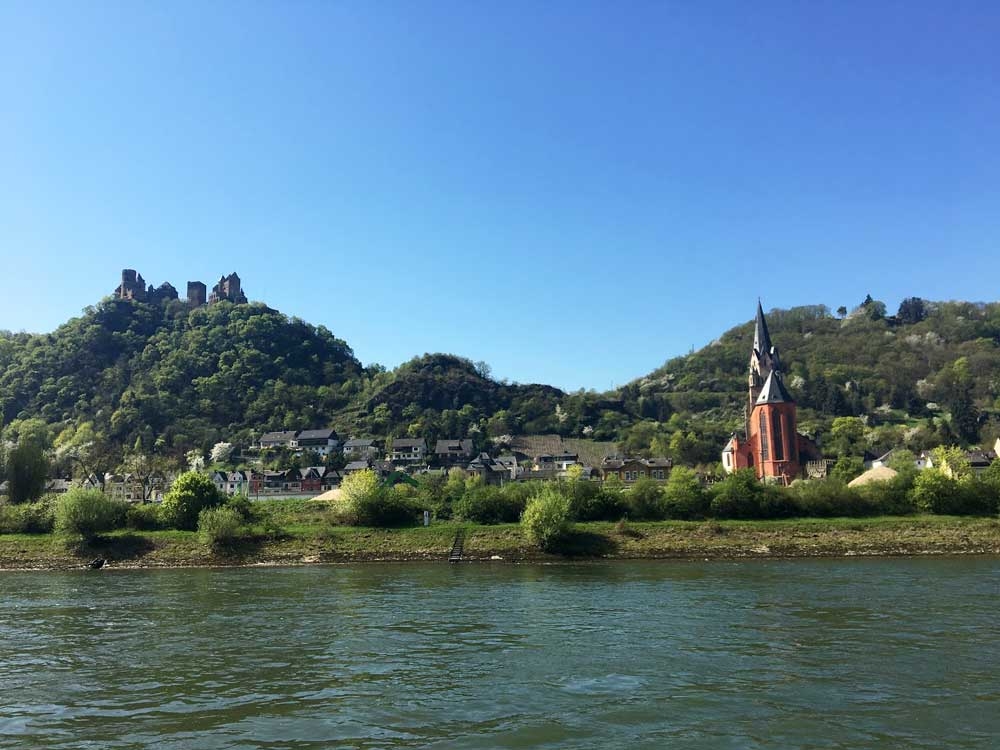 The highlight of the day was after dinner whenÂ Avalon brought a cuckoo clock maker! He did a demonstration of how he carves parts for the cuckoo clocks he makes, and then passed out these parts to random people to keep. He also had a raffle and I won a beer stein complete with the beer. 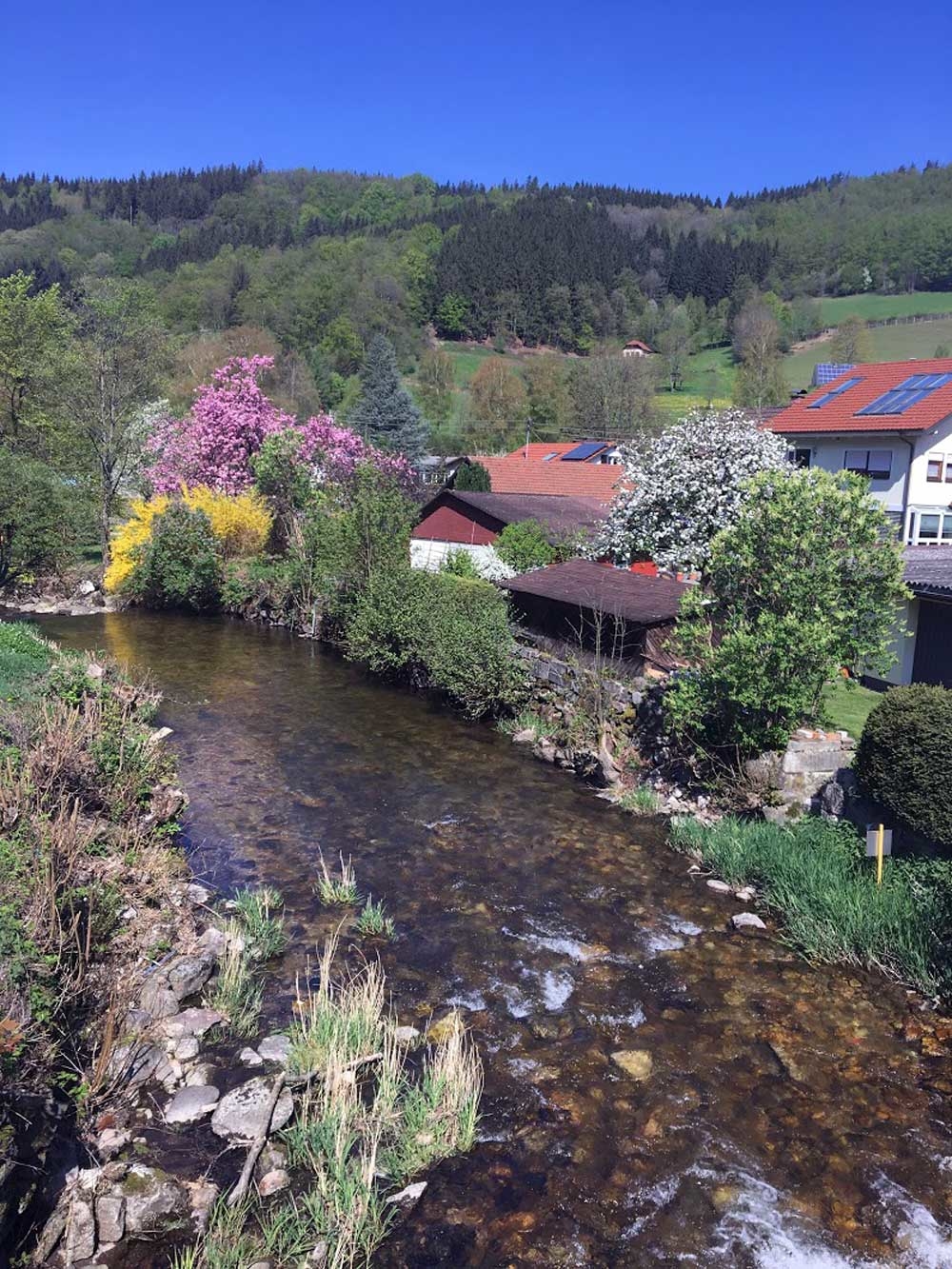 On the last day of the cruise, we all headed into the Black Forest (Schwarzwald) to the Cuckoo clock makers factory. I enjoyed eating the complementary Black Forest Cake in the bakery above his workshop.Â He also gave everyone a copy of the recipe as we were leaving.

If you love wine, history and castles (we saw more than 100!), I highly recommend doing theÂ Rhine and Moselle river cruise by Avalon Waterways. I also enjoyed our cruise director Barbra, she was amazing and hilarious and I felt like I was in some of the best hands in the business.