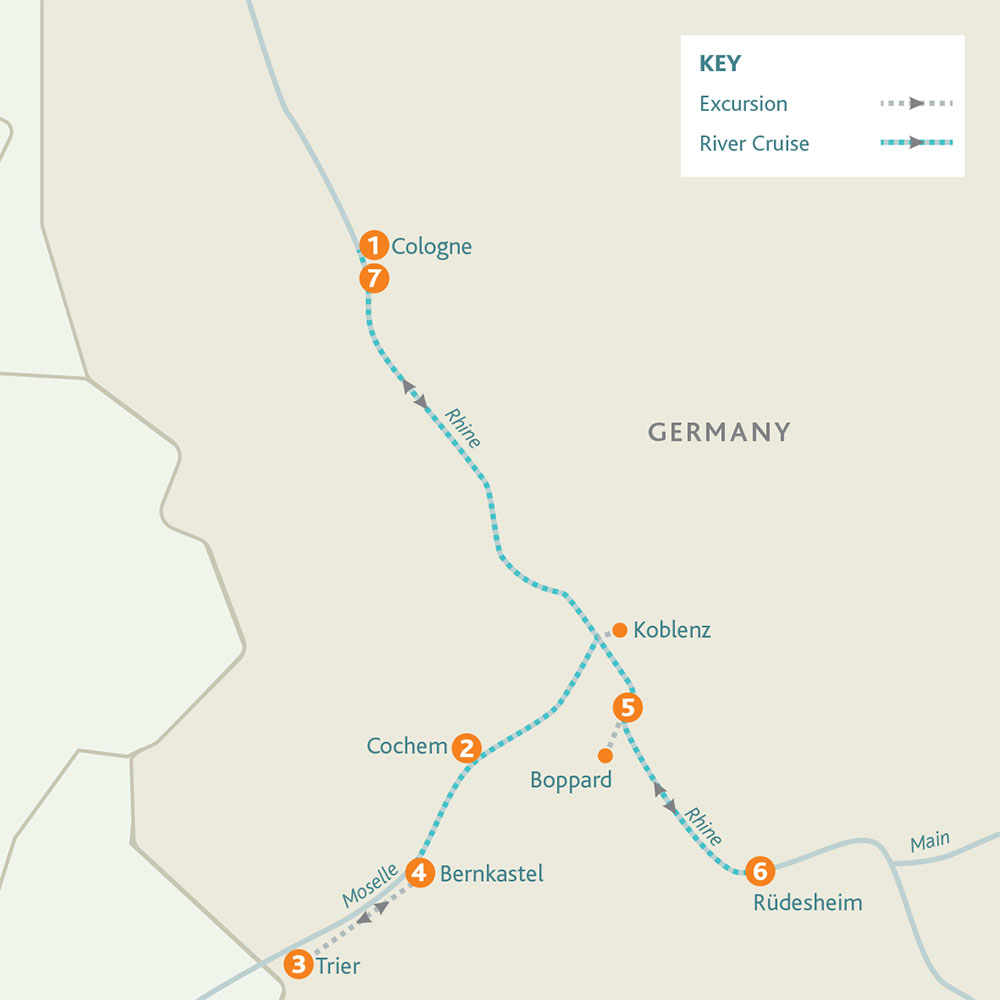 Following embarkation in Cologne, we meander south on the Rhine to Rudesheim, visiting the old town of Koblenz and then to Boppard, known as ‘the Pearl of the Rhine’ en route. Cruising through the Rhine Gorge, we experience spectacular scenery, emerald vineyards and a landscape studded with half-timbered houses and picturesque villages.Our journey then takes us upstream and then along the Moselle river calling in the delightful town of Cochem and the romantic twin village of Traben-Trarbach. At our furthest port of call, Bernkastel, we also visit Trier, the oldest city in Germany, famous for its Roman amphitheater, baths and the imposing Porta Nigra, the huge fortified gate that formed the eastern border of the Roman Empire.Cruising back downstream, we have time to relax and absorb the stunning scenery along the Moselle valley, rejoining the Rhine and heading north, to Cologne. Here we take a guided city tour seeing the stunning cathedral with the most intricate stained glass in Europe.All in all a spectacular and relaxing cruise in some of the finest landscapes that Germany has to offer, appreciated from a most privileged vantage point.

Prices are per person, based on two people sharing a twin cabin with a limited number of single cabins available on all decks, at the relevant supplement. The price includes: Full board from dinner on your day of arrival until breakfast on your final day; if you choose to travel with us on any of the full day excursions by coach, a packed lunch will be provided. Anyone choosing to stay on the ship may of course have lunch in the restaurant Morning/afternoon tea and coffee All visits and excursions as mentioned Coach travel as mentioned The services of a Riviera River Cruises cruise director and concierge