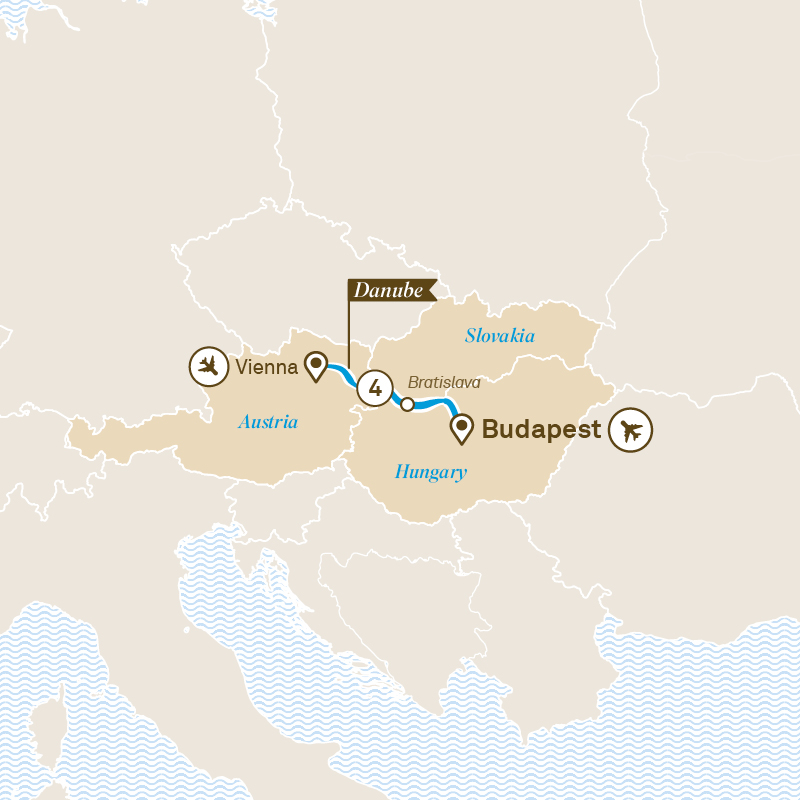 LOW UNPUBLISHED PRICES ON SCENIC CRUISES
We have Low Prices on Scenic - Guaranteed!

Offers are valid for new bookings on 2022 & 2023 European & Southeast Asia river cruises made October 1 – December 15, 2021. Save up to 25% savings on Scenic river cruises. Receive a bonus 5% savings if full payment is received by December 15, 2021 for 2022 departures, or 12 months prior to departure on 2023 departures. Savings are based on the cruise + cabin upgrade fare only, excluding port charges, land extensions or other add-ons. A non-refundable deposit of $500 per person is required within 48 hours of booking, with full payment required 90 days prior to departure. These offers are combinable with groups, past passenger offers, referral offers, future travel vouchers, travel show & agent training vouchers. Not combinable with any other offers. All prices are per person in U.S. dollars, twin share and include taxes and charges. Offers and fares are capacity controlled and can be cancelled, changed or withdrawn at any time. Scenic reserves the right to correct errors or omissions and to change any and all fares and promotions at any time. Availability is correct at the time of publishing but cannot be guaranteed. For the most up-to-date pricing, availability and offers, please call your Professional Travel Advisor or Scenic USA. Offers applicable for legal residents of the 50 United States of America & Washington D.C.

Scenic provided an exceptional trip via staff, meals, and experiences. Our tour guide was extraordinary and handled even the slight setback of low water with ease and grace. I would recommend them to anyone interested in river travel.

People didn't really dress for dinner. Men in jeans were allowed in the dining room at night for dinner. That did not happen at another Scenic Cruise we were on. Very disappointed about this. We belong to a private Country Club and men will be turned away at the entrance for this dressing in jeans. Scenic is lowering their standards by doing this. We won't travel Scenic again because of the lower dress codes. Not a top of the line company if this is allowed.

Scenic delivered an Above & Beyond Experience that we will cherish forever. The ENTIRE ship personnel was the epitome of what customer service should be!

Scenic River Cruise was fantastic. Service and food were both absolutely wonderful. Exceeded our expectations and will travel again with Scenic.

The ship was luxurious. The staff were professional and attentive. We would definitely travel with Scenic again.

Scenic River Cruise from Amsterdam to Budapest was a wonderful experience. The ship's staff and amenities afforded us a very comfortable experience. The food sometimes challenged us to try new and regional dishes, which we really enjoyed. But alternate choices were always available, as well. The other passengers were friendly and we made many new acquaintances on our trip. Best part...? All inclusive! We may have made a small tip here and there, but nothing was expected during excursions, tours, dining, bar or hospitality services. Great entertainment on various occasions.

Scenic were exceptional.They have to be the best operators of river cruises.Every aspect of the trip with them was of a very high standard.The cabins (suites) were large and very comfortable (we had the lowest level,so I can imagine what the higher levels would have been like!). All the meals served were excellent with plenty of variety and imagination.Every member of staff we encountered was helpful and smiley.The excursions were excellent with high level guiding .Overall a very good experience.and I would highly recommend them.

Wonderful Trip at the right price

Scenic Tours delivers a flawless river cruise experience. They truly take care of everything - all at one price. The ships are beautiful and the staff is cheerful and accommodating. The cabins are incredible feats of design that make use of every inch of space. We were gone for two weeks and never felt cramped. The food is diverse and wonderful and the excursions are very interesting and well-planned.

Scenic did a great job. It was all inclusive so we had no bill at the end, including tips. The trip was 14 days down the Danube, Main, and Rhine. The food, service, and excursions were all very good and included. The only note I would make is that you stopped at so many towns that you did not have enough time to really explore them. But overall, it was a very good trip!

The Scenic Jewel Amsterdam to Budapest cruise certainly exceeded our expectations. The Scenic Jewel staff could not have been better. We were certainly pampered the entire cruise and the staff could not do enough to insure the trip was a success. We did not have one staff person who was only average--everyone was exceptional. Our cruise director kept everything humming right along and he and the captian went above and beyond to solve a water level issue.

Scenic was more expensive than our other trips But quality was outstanding!

AffordableTours.com is a travel agent for Scenic. Brochure Price is based on the itinerary's highest brochure price. Our price reflects our base price for the same departure as Brochure Price. All prices, itineraries, accommodations and dates are subject to change without notice and at any time. All prices are USD per person and based on double occupancy. Availability is limited and must be reconfirmed at time of booking. All prices change frequently and our website prices are not guaranteed until a deposit has been received by us. The prices on our website are intended to serve as a guide only and may not accurately reflect current prices. We are not responsible for errors, omissions, or changes in these prices until a booking has been confirmed by one of our agents. Please call us toll free at 1-800-342-0019 to confirm current prices and availability. Prices listed are per person, cruise only, and based on double occupancy.