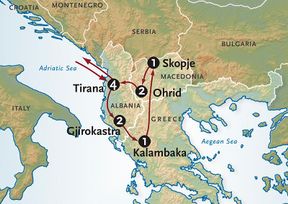 Save $600 per couple ($300 solo) when you pay-in-full on all Small Group, Small Ship and Private Journeys when you pay-in-full within 7 days of booking and prior to the final payment date. Before prices begin to increase due to higher demand, now is a great time to take advantage of these remarkable savings. Plus as always, receive our AffordableTours.com 7% extra everyday savings. (Not all packages may apply, contact your Travel Consultant for applicable dates.)
Must Book By Tue, May 31, 2022
View Promotion Terms & Conditions ›