Belize's natural beauty makes it a popular travel destination in Central America. From the ancient Mayan heritage to the Caribbean atmosphere, you'll get a blend of cultures during your time in the country. Experience the laid-back island lifestyle or explore the countless archaeological ruins. You've never experienced hospitality like Belize. The friendly locals are more than welcoming to visitors. With tour experts in every travel destination, Belize Tours provides the best experiences for exploring the "Jewel In The Heart Of The Caribbean Basin." With tour operator volume buys plus our low everyday prices you can save up to 40% versus assembling the same itinerary on your own! Book your Belize tour today with AffordableTours.com, your discounted tour headquarters. 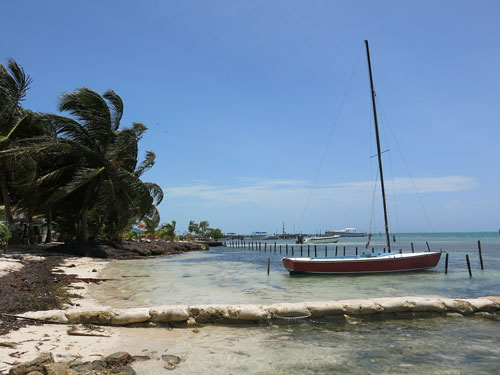 Belize Tours When To Visit

What are Belize Tours?

Belize Tours provide guided travel experiences to the top tourist destinations in the country. Travel with the best tour operators for a personalized experience designed to give you the most value during your time there. Whether traveling for one week or planning multiple countries in the region, Belize Tours delivers on an incredible travel experience!

Where do Belize Tours go?

Belize Tours gives visitors a chance to explore more of Belize than any other tours. You'll get to experience the natural beauty, the ancient archaeological sites, and more during your trip. Tours explore areas including Belize City, San Ignacio, Crooked Tree, Caye Caulker, and more. You'll see all the best of what Belize has to offer!

What’s included in a Belize Tour?

Belize Tours are all-inclusive of the travel experiences to give you more time to enjoy the trip – we'll handle all logistics. Booking a Belize Tour includes a full itinerary with the entire trip planned out, from arrival to departure. You'll have designated guides in each location, accommodations, restaurant options, and even free days to explore as you wish. With Belize Tours, you can sit back, relax, and enjoy the journey!

Belize is a budget-friendly country, and the available tours reflect that in the price. You'll find incredible deals on booking tours in Belize. We bulk purchase tours to give massive savings on multi-city and activities in Belize compared to competitors. You can find an immersive tour experience in Belize for less than $1000, with additional discounts available on different packages.