Spanning the Vistula River, Poland's capital Warsaw is a hugely important cultural center since it was completely destroyed during World War II. Now, Old Town is named a UNESCO World Heritage Site and has more than 20 fascinating museums, like the Warsaw Historical Museum. Krakow largely escaped destruction during World War II so highlights like Market Square, with its Cloth Hall, still stands. With tour operator volume buys plus our low everyday prices you can save up to 40% versus assembling the same itinerary on your own! Book your Poland tour today with AffordableTours.com, your discounted tour headquarters. 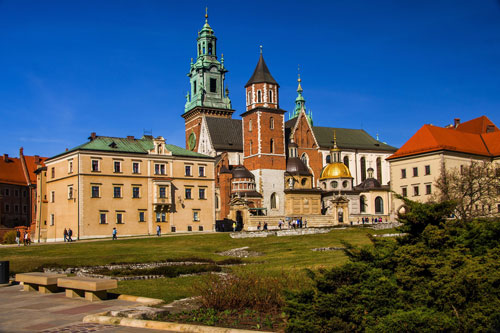 Poland Tours Things To Do

Poland Tours When To Visit

Summer is the most popular time for tourists to visit Poland Winter is considered low season but has been growing in popularity due to the Christmas Markets & Winter sports available during this time. Weather in Poland is generally unpredictable so it's always recommended to bring layers

Reviews for Poland Tours and Vacations

The value derived from the trip far outweighs the price paid. The hotel accommodations, the food, the optional experience, the hidden gem, the transportation were more than satisfactory. The operator is professional, friendly, safety conscious and enthusiastic.

Very pleased with driver and logistics. Thank you.