Nicaragua is the largest country amongst the republics of Central America. This country whose economy is mostly dependant on its agriculture sector has a vast history of an autocratic form of government. Even the name of this country is derived from Nicarao, who was the chief of the trip that lived around the lake which is situated in present-day Nicaragua. This country has a unique history of colonization by both British and Spanish, hence, when you will be visiting Nicaragua you will be able to experience a flavor of both British and Spanish. The western half of the country is full of pasturelands, low mountains, and several volcanoes, which is the reason why this half is the most visited part of the country. With tour operator volume buys plus our low everyday prices you can save up to 40% versus assembling the same itinerary on your own! Book your Nicaragua tour today with AffordableTours.com, your discounted tour headquarters. View Nicaragua Tour Deals and Discounts 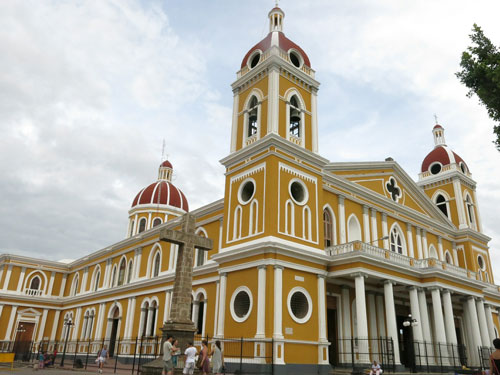 Nicaragua Tours Things To Do

The weather varies a little bit between the eastern and the western halves of the country. The country's climate is mostly cool, with some wet moths. Majority of the frequent travelers to this country suggest that dry months of winter provide way more opportunities for the tourists than the much more wet months of summer because of the fact that most travelers visit Nicaragua because of its serene beauty of volcanic mountains, which will otherwise not be visible due to the clouds if you are visiting during the rainy season.

Reviews for Nicaragua Tours and Vacations

Much more difficult bike riding than expected. If I had known it was a mountain bike trip, I might not have booked it. The tour was challenging, but I wish our guide would of shared more info about the countries. He did offer great restaurant options. Several things were left out of the itinerary, without explanation. Like a walking tour...no mention of it. Also wished our guide would of been more customer focused, versus about his own accomplishments or up coming athletic challenges. It struck me odd, that in the first night, he did not give the group a chance to introduce themselves. I'm glad I did this trip, but liked the tour and cycling of the Vienna to Budapest Intrepid tour better.