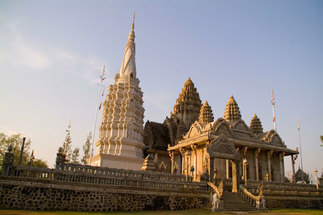 Great trip and fabulous accommodations but a very ambitious itinerary with 5 innternal flights and morning to evening schedules nearly every day. Cambodia and Hoi An were my personal favorites

We had a wonderful trip and our tour guide Bee was amazing.

Our tour guide Lift was the best ever. Her attention to detail was amazing. One passenger got food poisoning, she encouraged him to go to the doctor. She went with him and his wife, stayed the entire visit and acted as an interpreter. The last day we had a late flight home, she still booked us a room, provided a box dinner and even called the airport and told us which line number to get into at the airport to check in. This was very helpful as Babcock is a busy airport. She didn't miss a beat the entire trip. She was fun,funny and enthusiastic. She provided much info on Thai culture. Hotels and restaurants were perfect.