Most Ireland tours begin with the best sites in Dublin and proceed from there. Your journey will also take in all the best sights and attractions of this ancient and friendly country. Not only will you visit memorable historical sites and castles, but you can also enjoy the joviality of music-filled pubs and Irish eateries. Some of the attractions include Kinsale, the Cliffs of Moher, Trinity College, the Dingle Peninsula, and Galway. Many of the trips begin in Dublin and end there. Group tours feature motor coach transport escorted by a professional tour guide. With tour operator volume buys plus our low everyday prices you can save up to 40% versus assembling the same itinerary on your own! Book your Ireland tour today with AffordableTours.com, your discounted tour headquarters. 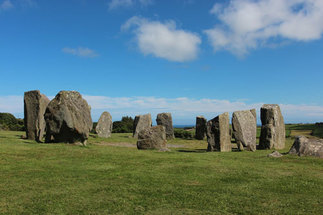 Ireland Tours When To Visit

What are Ireland Tours?

Ireland tours typically begin in Dublin and return and end there. They usually cover the major attractions that tourists like to see, such as Dublin Castle, the Cliffs of Moher, and Killarney National Park. Towns and cities, such as Kinsale and Galway are also typically included in the itinerary.

What’s Included in an Ireland Tour?

When you tour Ireland, your transportation, hotel stays, admission costs, transfers, and professional guide services are all part of the Ireland tour package. Some meals are also included, usually breakfast.

Once you determine how much you can spend, the best Ireland tour will be the one that meets your travel expectations and travel availability. Talk to a travel representative about the Ireland tours that are available in both the high and low travel seasons of the year.

How Much Do Ireland Tours Cost?

What you pay for an Ireland tour will depend on when you elect to travel and the length of the trip. You can find tours to Ireland that last 7 days that cost as low as $1,500 per person.

Our tour guide Helen is excellent, she is very knowledgeable in history and explain things very clear. She is caring and did a very good job and made this trip memorable and the groups are easier going and made a great difference for this trip. Thank you for your services and certainly I will recommend my friends and I hope in near future l will make another trip with you and your company. Thank you.