South Korea tours provide a true adventure to anyone who wants to explore the culture and history of the country. Your journey usually begins in the capital city of Seoul, where you may spend as many as 5 days viewing the various sights and attractions. Other major stops include attractions, such as Gyeongju, Busan, and Jeju Island. An experienced English-speaking guide will escort you on excursions and trip activities. Luxury accommodations and admission costs are included in South Korea tour costs. With tour operator volume buys plus our low everyday prices you can save up to 40% versus assembling the same itinerary on your own! Book your South Korea tour today with AffordableTours.com, your discounted tour headquarters. View South Korea Tour Deals and Discounts 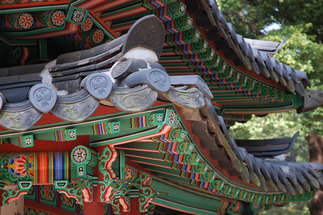 South Korea Tours Things To Do

While South Korea invites visitors about any time of the year, the best times to see the country and its sites is during the shoulder seasons of March through May or September to November. During these times, the crowds taper off and the temperatures are mild and pleasant. The average high, during the day, is about 75-degrees Fahrenheit.

If you wish to go when the cherry trees bloom, you should travel, ideally, toward the end of March or during the first part of April. It just depends on the city. Because blooms wilt approximately 15 days from blooming, you need to plan ahead when taking this type of trip.

Usually, it is best to begin from the south of the country, or at Jeju Island first, and work your way north, based on the pattern of the blooms. At Jeju Island, the trees start flowering around March 20. The island is one of the best locations in South Korea to see the flowers in bloom.

We had great trip to Seoul and Beijing with Monogram( Globus) through Afordable Tour company. The company was professional and there was mistake in travel date but they took responsibility and correct the date. Monogram was high end private tour with just my family and a guide. Excellent price foe VIP service. We plan to book tour through Monogram again with Afforable Tour.

Nice trip. Japan was as expected. would not go there again. good choice if you have gone other places first.