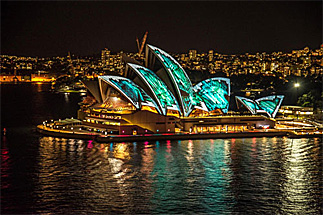 We were on monogram semi independent tour in AU. Although the tour was great, met all our expectations, I think we prefer a more structured tour, as we've taken in the past with Globus and Gate1. This is a personal preference and has nothing to do with the quality of the monogram tour.