Save up to 40% on Austria Independent Vacation 2021

Austria is a hidden gem that shouldn't be missed when traveling in Europe. It's a beautiful country with lots of historical cities or scenic nature destinations. Austria has some of the grandest architectural wonders, vibrant cultural heritage, and tons of events that attract tens of millions of visitors every year. Now it is your chance to book an Austria tour to see the best it has to offer! With tour operator volume buys plus our low everyday prices you can save up to 40% versus assembling the same itinerary on your own! Book your Austria tour today with AffordableTours.com, your discounted tour headquarters. 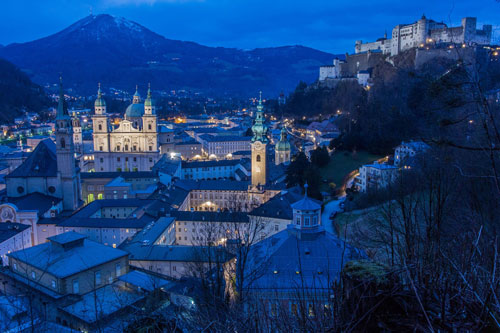 Austria Tours When To Visit

What are Austria Tours?

Austria Tours offer the best travel packages to Austria. Experience the country through immersive experiences to the highlight attractions – the tours provide a full itinerary with guided tours and inclusive pricing. We handle all of the logistics so that you can enjoy more of your trip!

Austria Tours combine a trip to Austria and other nearby countries, such as Switzerland, the Czech Republic, Poland, and Germany. You'll see the top tourist destinations in Eastern Europe by visiting the historical landmarks, the best viewpoints, fun tourist activities, and much more. Get ready to check off a lot of countries from your bucket list with just one tour package!

What to do on an Austria Tour?

Austria tours provide a tailored travel itinerary based on the experience your select. You can spend one day, or a few days, in Austria before continuing the trip to another country. Most of the tours spend time in Vienna, the capital, to see the highlight attractions such as the St. Stephan's Cathedral and the Hofburg Palace. The tours also allow for free travel days to walk around at your own pace or take a day trip to natural landmarks outside of the main cities.

Austria Tours offer a wide range of tour experiences based on your travel preferences. You can find adventurous trips such as skiing in the alps for less than $300, or more engaging trips traveling to multiple cities in Austria. We provide competitive packages for finding the best rates thanks to our bulk tour purchases. You'll save more to stay within your travel budget!