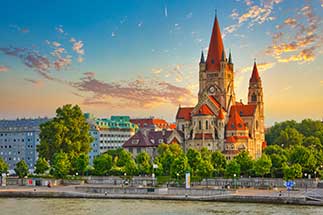 The tour was planned and executed perfectly. The staff were unbelievable. Our guide was very knowledgeable, charming and patient. The driver was truly professional and reliable. Terrific people.

Insight Tours always live up to my expectations.

The tour director was great. She shared interesting historical information about the places we visited as well as personal experiences about life in Germany and Austria. This was my first time traveling solo and this tour was perfect. We had a good mix of scheduled activities and dinners with free time in the cities we visited. I really enjoyed the walking tours with local guides at each location.